Pro and anti-government demonstrators take to the streets of Managua, call for peace 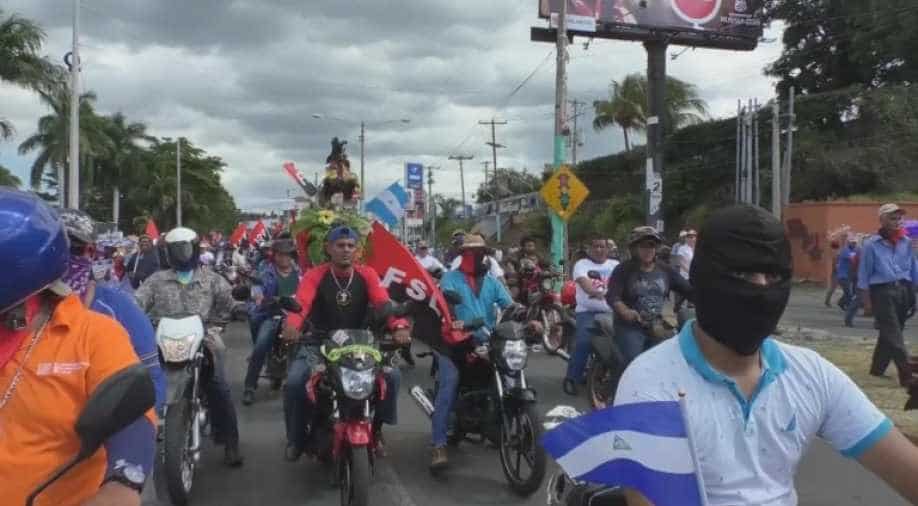 Supporters and detractors of the government of Nicaraguan President Daniel Ortega took to the streets of Managua on Saturday (August 18) in two competing demonstrations as the Central American nation struggles with civil unrest that has killed hundreds.

Many of the government supporters, popularly known as Sandanistas, carried flags and banners calling for peace.

Anti-government demonstrators draped themselves in the blue and white colours of the Nicaraguan flag and called for justice, the release of political prisoners and for Ortega to leave office.

After months of protest, the Central American country is suffering one of the worst political crises of its history. Proposed cuts to the pension system announced in the spring triggered months of protests against Ortega, a former guerrilla leader whom critics accuse of tampering with elections and seeking to install a "family dictatorship."

But his supporters accuse the government's critics of being part of a foreign-backed coup to unseat Ortega and lambasting them as "terrorists".

Ortega has faced growing international condemnation for heavy-handed deployment of police and armed pro-government civilians to squash the unrest, which led to about 300 deaths.

Government supporters maintain a number of their own have been amongst the dead and injured.