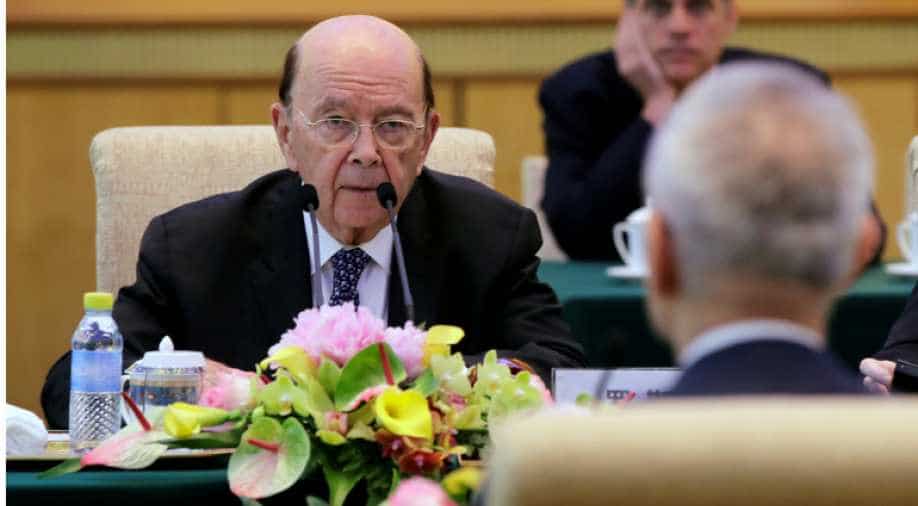 US Commerce Secretary Wilbur Ross, left, speaks to Chinese Vice Premier Liu He during a meeting at the Diaoyutai State Guesthouse in Beijing, China. Photograph:( Reuters )

New tariffs that the United States is threatening to impose on nearly half the goods imported from China would have a small impact on the Asian nation's economy and not lead to disaster, Commerce Secretary Wilbur Ross said on Thursday, as US&nbspfinancial markets were set to open lower on the trade standoff.

"It's not something that's going to be cataclysmic," he said in an interview with Fox Business News, explaining that a 25 per cent tariff on US $200 billion of goods would only amount to US $50 billion a year, equal to less than 1 per cent of China's economy.

Trade Representative Robert Lighthizer said on Wednesday that Trump directed the increase from a previously proposed 10 per cent duty because China had refused to meet U.S. demands and had imposed retaliatory tariffs on U.S. goods.

Trump's threats of higher tariffs also weighed on China's financial markets. But Wang Yi, the Chinese government's top diplomat, said US&nbspefforts to pressure China would be in vain, urging its trade policymakers to "calm down."