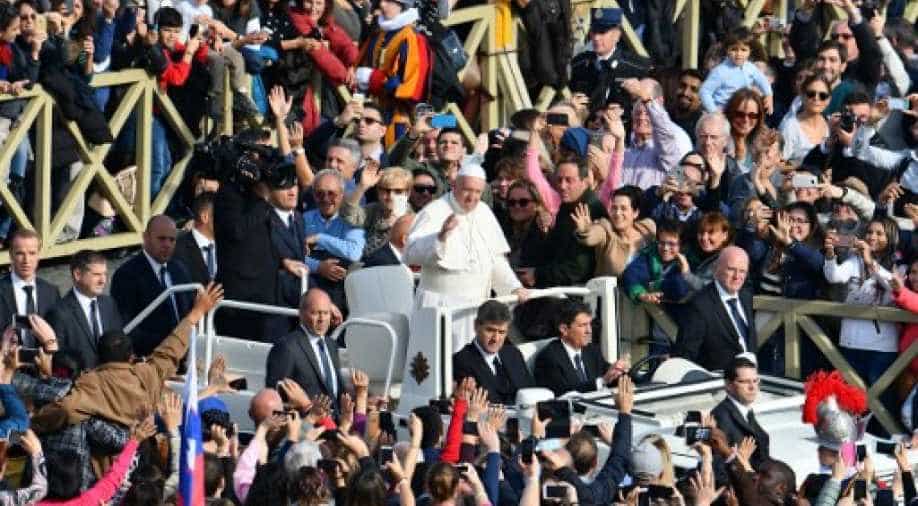 Francis said he wanted to "restate as firmly as I can that abortion is a grave sin, since it puts an end to an innocent life." Photograph:( AFP )

Pope Francis on Monday indefinitely granted all Roman Catholic priests around the world the power to forgive "the grave sin" of abortion, Reuters reported.

This power was previously reserved for bishops or special confessors.

Francis made the announcement in a document known as an "apostolic letter", after Sunday's close of the Catholic Church's "Holy Year of Mercy."

The pope had earlier temporarily granted the power to all priests to give "sacramental absolution" for abortion during the Holy Year, from December 8 last to November 20.

Want to "restate as firmly as I can that abortion is a grave sin since it puts an end to an innocent life," the Pope said.

He added, "there is no sin that God's mercy cannot reach and wipe away when it finds a repentant heart seeking to be reconciled with (God)."

In Church teaching, abortion is a serious sin and those who perform it incur an excommunication, or total cut off from the Church, until it is absolved in confession.

Although bishops in some dioceses in developed countries such as the United States and Britain had already delegated this authority to parish priests, the old practice was still in effect in most of the world, the Reuters report said.

In a separate document last year, Francis described the "existential and moral ordeal" faced by women who have terminated pregnancies and said he had "met so many women who bear in their heart the scar of this agonising and painful decision."