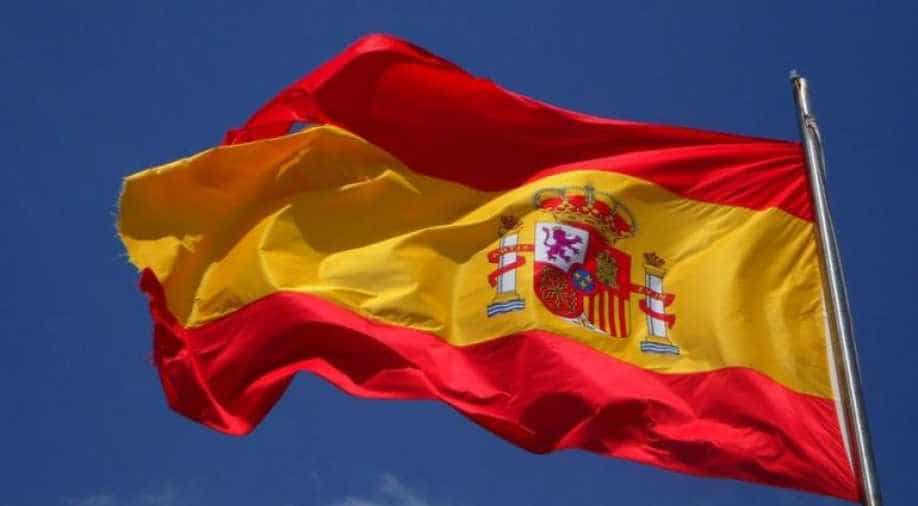 Ten of the more than 600 migrants who forced their way into the Spanish territory of Ceuta last month by violently storming a heavily fortified border fence with Morocco were arrested Tuesday, police said.

The 10 sub-Saharan African migrants, who were arrested at an immigrant holding centre in Ceuta, are accused of belonging to a criminal organisation, assaulting a police officer and causing damage, Spain's Guardia Civil said in a statement.

Among those arrested is the suspected head of the group that led the coordinated assault on the border on July 26 in which 22 police officers were injured, it added.

The man, who is from Togo, "offered strong resistance during his detention causing light injuries" to a police officer, the statement said.

Two of the other arrested men are from Cameroon, with the rest from Guinea.

Pictures released by police showed the men being escorted by armed officers into a green and white police van, their hands handcuffed behind their backs.

They even set spray cans on fire, using them as "flame-throwers", and used saws and shears to cut the fence, according to police.

Police said they seized molotov cocktails as well as several bags with hashish from the migrants who stormed the border.

The scramble over the barbed wire-decked barrier was the biggest in Ceuta since February 2017, when more than 850 migrants entered the overseas territory over four days.

Last week 116 migrants made a similar bid to enter Ceuta but were promptly sent back to Morocco, prompting criticism from human rights groups.

Ceuta and Melilla, Spain's other territory in North Africa, have the European Union's only land borders with Africa, drawing migrants trying to reach the bloc.

A total of 4,382 migrants have entered the two territories by land since the start of the year, according to the International Organization for Migration.

More than 32,000 migrants have arrived in Spain by sea and land this year, making it the main entry point for migrants arriving in Europe, after Italy and Greece.