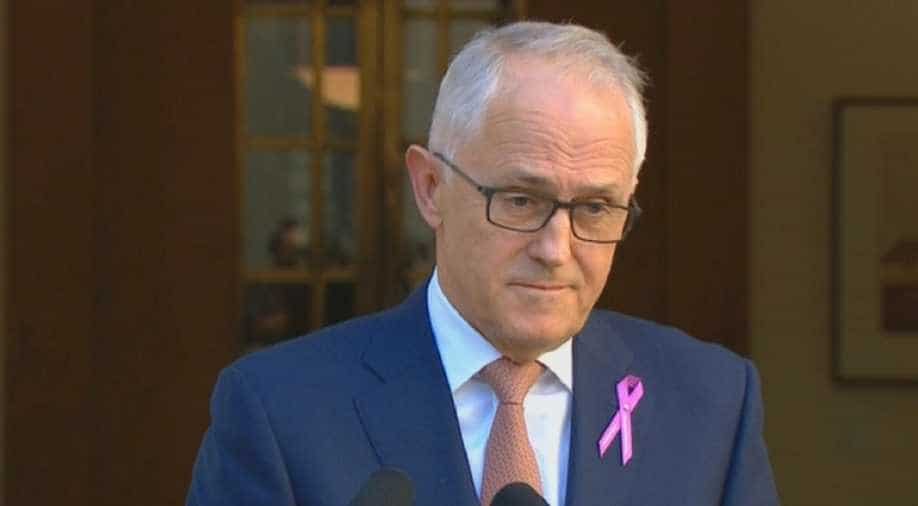 Josh Frydenberg, the environment and energy minister, was selected as deputy Liberal leader.

"In relation to the deputy's position, this was won in an overwhelming sense... by Josh Frydenberg," Marino informed.

Australian foreign minister Julie Bishop, another Turnbull backer, was also in the running but was eliminated in the first round of voting, reports said.

Earlier in the day, Australian Prime Minister Turnbull had said that he had received a petition showing he has lost the majority support of his Liberal Party, triggering a vote on electing a new leader.

"I have just been provided with a request for a meeting of the Parliamentary Liberal Party. It has 43 signatures,"  Turnbull tweeted.

Turnbull had survived one attempt on his leadership on Tuesday, winning a party room vote 48-35 but his partymen wanted another vote. Turnbull decided not to contest the second vote.

Australia has been plagued by political instability as no leader has managed to serve out a full term since former Prime Minister John Howard lost the elections in 2007.

Morrison will be the seventh prime minister in 11 years in Canberra's parliament house. The move to oust Turnbull was sparked by his plans on Monday to embed carbon emissions targets in law.

Coupled with the government long trailing the opposition Labor party in opinion polls, the move sparked a revolt that quickly spiralled into calls for his head.