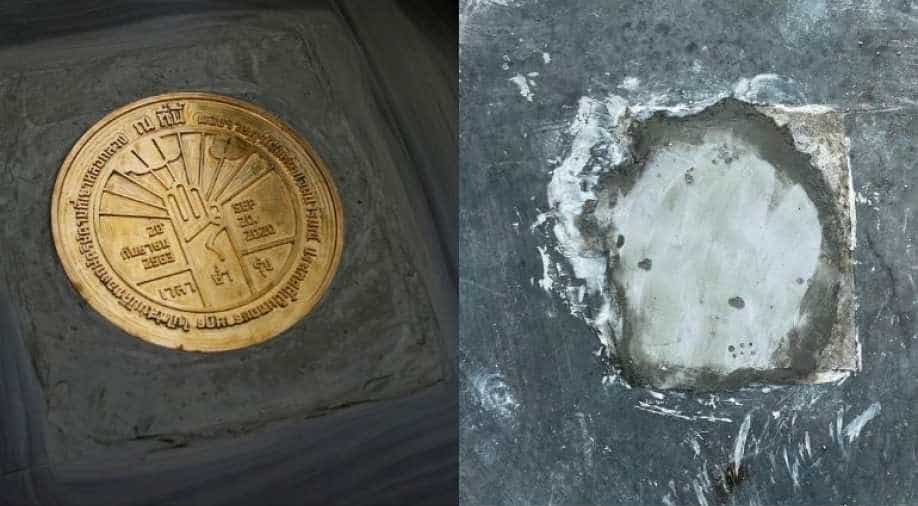 The plaque placed by Thai protesters near the Grand Palace in Bangkok Photograph:( AFP )

A controversial brass plaque proclaiming that Thailand "belongs to the people and not the king" is swiftly becoming the emblem of a pro-democracy protest movement.

The plaque was placed near the Grand Palace in Bangkok during a mass rally by Thai pro-democracy protesters to call for the ouster of Prime Minister Prayuth Chan-ocha and reforms in the monarchy. It was swiftly removed by authorities in darkness less than a day.

Thai activists are creating reproductions of the plaque in the form of Instagram filters, tattoos and merchandise ranging from mobile covers, t-shirts to key rings.

They continue to keep the symbol alive in a bold move to try and dismantle the powerful monarchy of King Maha Vajiralongkorn, despite laws banning criticism of the Thai royals. 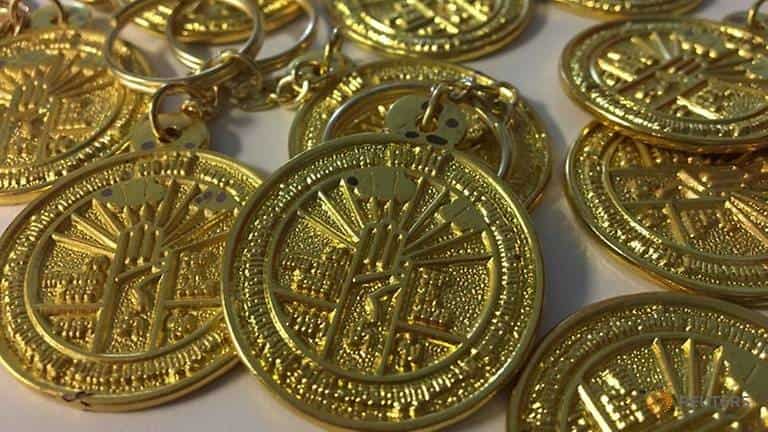 In picture: Keychains, made according to the design of protesters' plaque declaring "This country belongs to the people", are seen in Bangkok, Thailand/REUTERS

"Even though the real plaque disappeared, we (people) are now in the year of 2020, the plaque will appear again anywhere," said Anchalee Suebsangin, a member of Youth & Direct Democracy Thailand, who started selling t-shirts containing designs of the plaque on Facebook within hours of hearing it had disappeared. She soon had over 1,000 orders.

"I don't intend to destroy the (monarchy) institution, but I think its power needs to be limited," said the 27-year-old office worker. 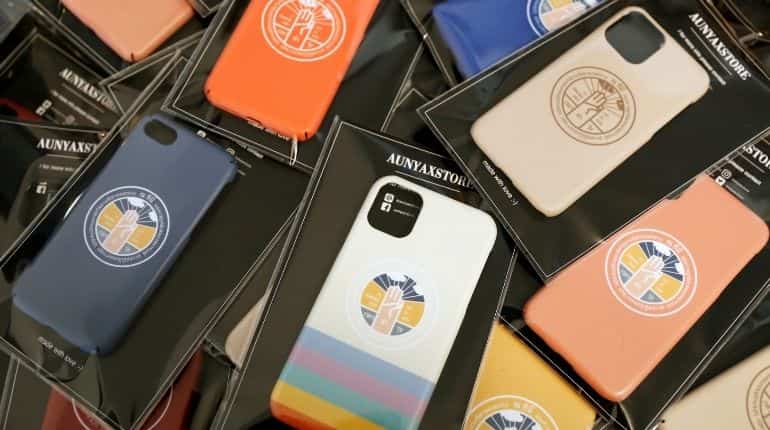 In picture: Phone cases printed with a plaque declaring "This country belongs to the people" are seen at a shop in Nonthaburi province, Thailand/REUTERS

The plaque, which features the three-finger salute used by Thai pro-democracy activists since a 2014 coup, reads "this country belongs to the people and is not the property of the monarch as they have deceived us." 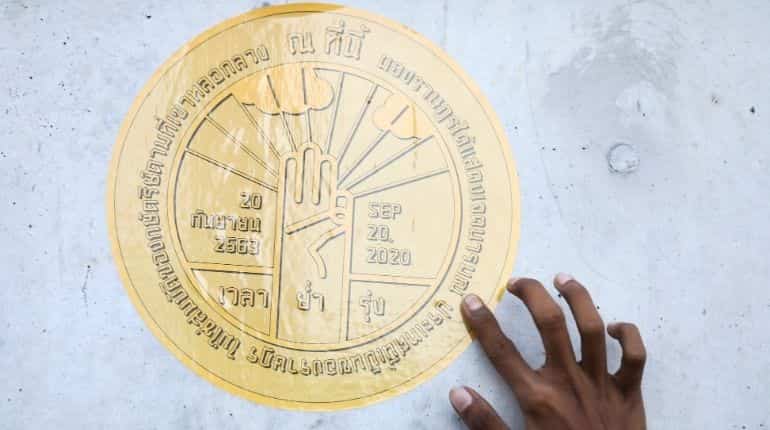 FILE PHOTO: Thai protester places a sticker during a mass rally to call for the ouster of Prime Minister Prayuth Chan-ocha and reforms in the monarchy in front of parliament in Bangkok, Thailand/REUTERS

It resembles another plaque commemorating the end of absolute monarchy in 1932 that was removed from outside a royal palace in 2017.

Ship, a 31-year-old graphic designer and sound engineer, created an Instagram filter with different colours of the plaque that has reached more than three million people.

"I created this one for those who have the same political view, they can install the plaque without trouble from anyone or destroying any property," said Ship.

Aunyamamee Dechara, the 25-year-old founder of online store Aunyaxstore who sold more than thousands of phone cases containing the image of the plaque, plans to donate all proceeds to support students participating in the movement, as she too supports the idea of monarchy reform.

The plaque, placed on the area next to the palace known as Sanam Luang - the Royal Field - was the work of the United Front of Thammasat and Demonstration (UFTD) protest group. They declined to identify a specific artist.

Even before the plaque was removed, they published digital files on the internet so anyone could reproduce it.

"The plaque wasn't just planted on Sanam Luang, but also in the hearts of the people, so it's no surprise that it would reappear everywhere," UFTD leader Parit "Penguin" Chiwarak told Reuters.

Thai activists in Germany placed a replica plaque outside the king's residence there.

Sellers said they would donate the profits to the UFTD protest group, while some would also contribute a separate fund set up to help pay expected legal expenses. Several leaders have already been charged over earlier protests.

The protesters challenge Prayuth's legitimacy, saying elections last year were engineered to keep him in power. He says they were democratic.