Philippines: More than 150 inmates escape after jail is raided 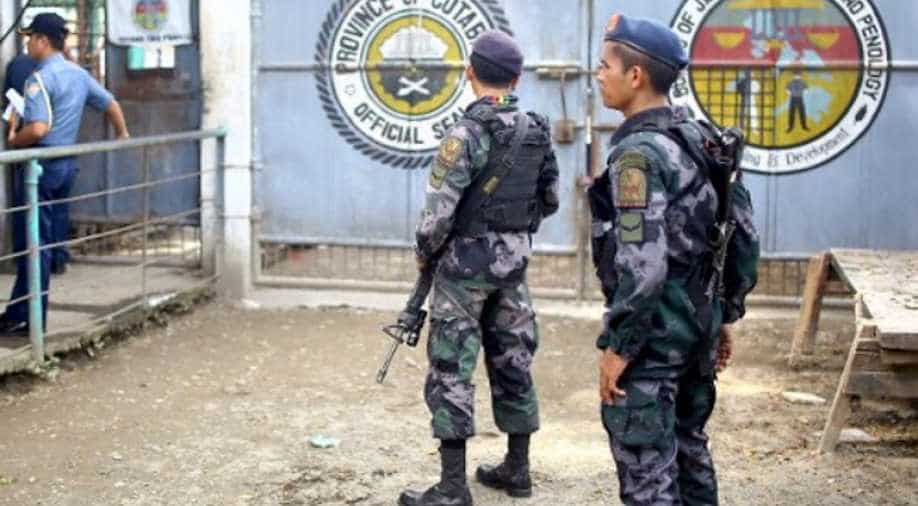 Jail authorities said a two-hour long firefight broke out after more than 100 armed men believed to have been led by a local Muslim rebel commander attacked the prison. Photograph:( AFP )

More than 150 inmates of a southern Philippine jail escaped when suspected Muslim rebels stormed the dilapidated facility in a pre-dawn raid on Wednesday, killing one guard, authorities said.

The attack added to a long history of daring jailbreaks in the strife-torn south, home to a decades-old Muslim separatist insurgency as well as extremist gangs that have recently declared allegiance to the Islamic State group.

A two-hour long firefight broke out when more than 100 armed men believed to have been led by a local Muslim rebel commander attacked the jail in Kidapawan city at about 1:00 am, jail authorities said.

"It's to rescue their comrades under our custody. It is a rescue operation," jail warden Peter John Bonggat told local ABS-CBN television.

At least 158 prisoners had escaped, Bonggat told AFP, although it was unclear how many of those were linked to the attackers or were just other inmates who took advantage of the chaos.

"The (inmates) took chances because of the volume of fire... they used their bedding, piled them on top of each other to escape," Bonggat said.

Bonggat said the jail, which housed 1,511 inmates, lacked guards and was a dilapidated former school building located in a forested, secluded area.

"We have many Muslim personalities (in the jail) that are members of various organised, syndicated groups," Bonggat told AFP.

Security forces pursued the assailants and the escapees throughout Wednesday morning, with local authorities reporting up to six had been killed in the hunt.

The southern region of Mindanao is the ancestral homeland of the Muslim minority in the largely Catholic Philippines.

More than 120,000 people have been killed in the rebellion.

The Maute group, regarded as one of the most dangerous extremist organisations, freed 23 inmates in a jailbreak last year in a nearby city.