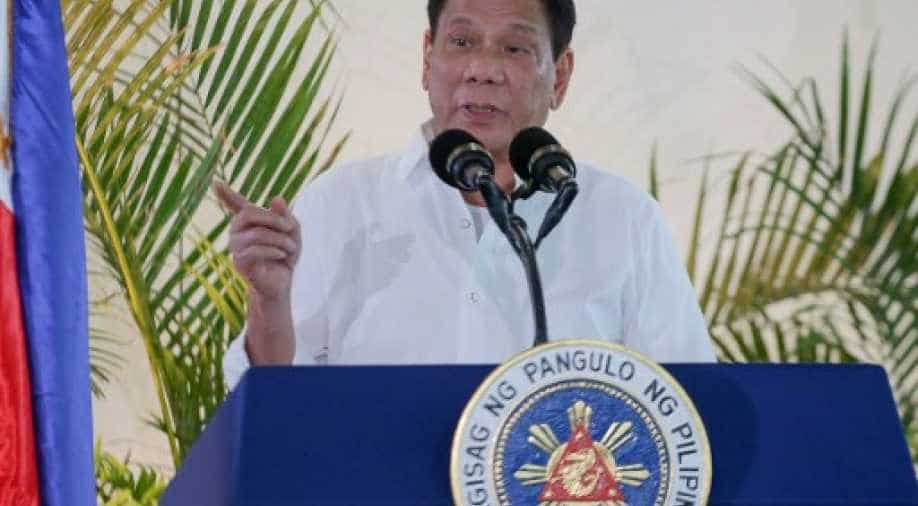 Philippine President Rodrigo Duterte gestures as he delivers a speech, prior to his departure for the APEC summit in Peru. Photograph:( AFP )

Philippine President Rodrigo Duterte on Thursday said he would withdraw from the International Criminal Court (ICC) just like Russia, after several countries criticised him for his bloody war on drugs.

Calling the ICC as "useless", he said the organisation and various Western countries didn't understand his government's crackdown on narcotics.

He also appeared to blame the United Nations for failing to prevent wars all over the world.

Duterte's threat comes a day after Russian President Vladimir Putin decided to withdraw from the ICC.

"They are useless, those in the international criminal (court). They (Russia) withdrew. I might follow. Why? Only the small ones like us are battered," Duterte said before his departure for Lima to attend an Asia-Pacific summit, Reuters reported.

Duterte is planning to meet Putin in Lima this weekend as he looks to lessen the dependence on the US, a country that has been critical about Duterte's crackdown on drugs.

Duterte, known for his frank statements, felt Russia decided to get out of the ICC because of the air strikes in Syria.

"What could be the reason? I really would not know," he said. "Maybe to protect what they are doing in Syria, the incessant bombing and the killing of civilians."

Russia is under international pressure over the Syria air strikes, with some human rights activists and U.S. officials accusing it of bombing civilians and civilian targets. Russia has denied those allegations.