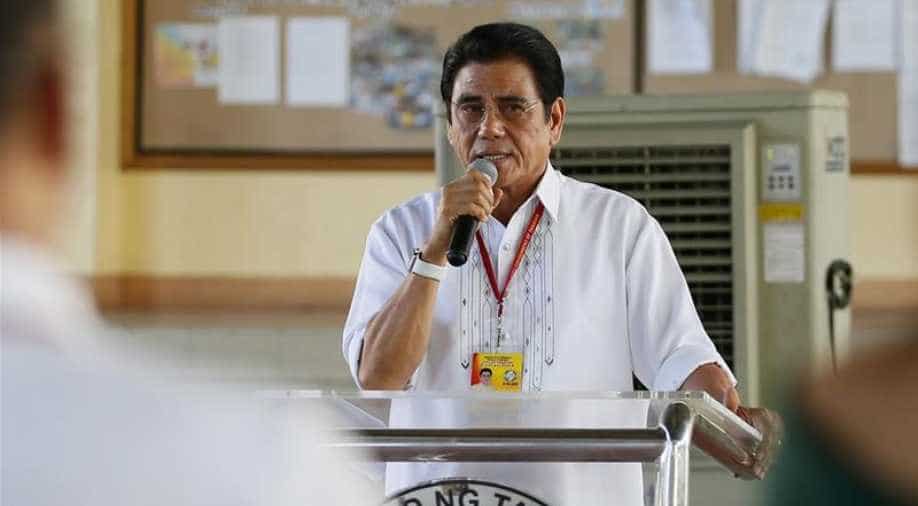 A Philippine mayor who paraded suspected drug dealers through the streets of his city was shot dead on Monday while attending a weekly flag-raising ceremony for government officials, police said.

Tanauan City, Batangas Mayor, Antonio Halili was hit in the chest by a sniper, which was fired from a distance, reports said.

Halili was declared dead on arrival at CP Reyes Hospital after sustaining the single gunshot.

“We are shocked, we are saddened,” Vice Mayor Jhoanna Villamor, who was standing beside Halili, told radio station DZBB after the shooting.

Town police chief Renato Mercado told AFP the shot was fired from about 150 metres (490 feet) away.

"The distance from the position was extraordinary. It could not be done by an ordinary person. His skill can be compared to a trained sniper," he told AFP.

Though the Philippines sees occasional slayings of local politicians, the brazen nature of the killing and links to Duterte's drug war drew immediate outrage.

"This is clearly another case of EJK (extra-judicial killing) resulting from the so-called drug war launched by the government," opposition leader Senator Francis Pangilinan said in a statement.

"It is this Philippine image of a 'wild, wild west' that has also dampened the desire of both foreign and local investors," he added.

But in 2017, Halili's name surfaced on a "narco-list" presented by Duterte, of officials allegedly linked to narcotics.

Halili gained prominence for introducing a “walk of shame” parade of alleged drug dealers through his city of Tanauan.

Police say they have killed more than 4,200 suspected drug dealers during shootouts in a bloody war on drugs launched by President Rodrigo Duterte two years ago, a campaign condemned by domestic and international human rights groups.