Palestinian refugees angry and dismayed at US aid cut to UNRWA 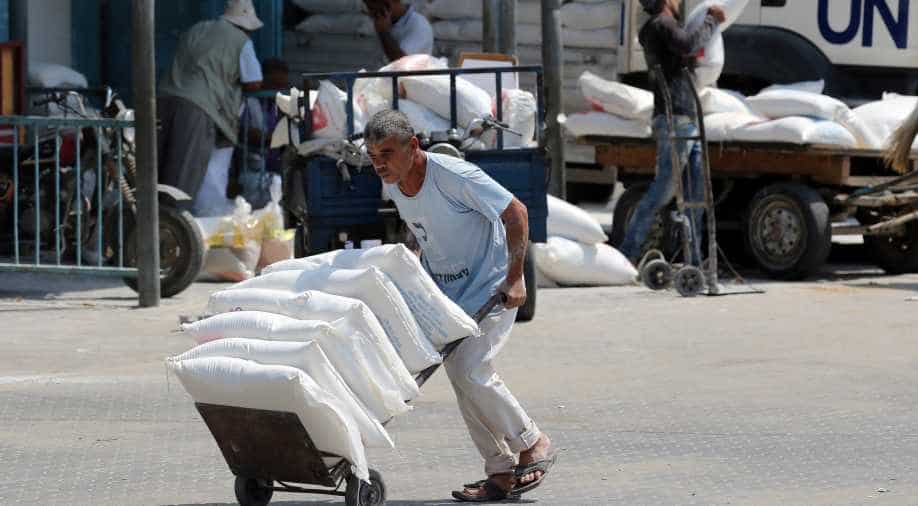 Palestinian refugees reacted with dismay on Saturday to a United States decision to halt funding to a UN agency, warning that it would lead to more poverty, anger and instability in the Middle East.

The US announcement on Friday that it will no longer support the United Nations Relief and Works Agency for Palestine Refugees (UNRWA) has deepened a cash crisis at the agency and heightened tensions with the Palestinian leadership.

The 68-year-old UNRWA provides services to about 5 million Palestinian refugees across Jordan, Lebanon, Syria and the West Bank and Gaza. Most are descendants of the roughly 700,000 Palestinians who were driven out of their homes or fled the fighting in the 1948 war that led to Israel's creation.

In Gaza, Nashat Abu El-Oun, a refugee and father of eight, said: "The situation is bad and it will become worse...People can hardly afford living these days and if they became unable to earn their living they will begin thinking of unlawful things."

State Department spokeswoman Heather Nauert said on Friday that UNRWA's business model and fiscal practices were an "irredeemably flawed operation" and that the agency's "endlessly and exponentially expanding community of entitled beneficiaries is simply unsustainable."

UNRWA rejected the criticisms, with spokesman Chris Gunness describing it as "a force for regional stability."

Speaking in Jordan, where more than 2 million registered Palestinian refugees live, including 370,000 in ten refugee camps, Gunness said: "It is a deeply regrettable decision...some of the most disadvantaged, marginalised and vulnerable people on this planet are likely to suffer."

Gunness said UNRWA provides health clinics, schooling for 526,000 refugee children across Jordan, Syria, Lebanon, Gaza and the West Bank, including East Jerusalem, and food assistance to 1.7 million people - a million of them in Gaza.

The agency will now ask existing donors for more money and seek new sources of income.

"Our funding gap is US $217 million ... so although we have opened up our schools just this week we have made it clear that we only have money until the end of September," he said.

The United States, by far UNRWA's biggest donor, slashed funding earlier this year, paying out only US $60 million of a first instalment in January, and withholding the US $65 million. It had promised US $365 million for the whole year.

Washington said the agency needed to make unspecified reforms and called on the Palestinians to renew peace talks with Israel.

The last Palestinian-Israeli peace talks collapsed in 2014, partly because of Israel's opposition to an attempted unity pact between the Fatah and Hamas Palestinian factions and to Israeli settlement building on occupied land that Palestinians seek for a state.

There was no immediate comment from the Israeli government to the decision by US President Donald Trump's administration, which was issued during the Jewish sabbath. But it was welcomed by some Israelis.

Israeli opposition lawmaker Yair Lapid said on Twitter: "Aside from providing cover to terror, UNRWA is responsible for the fact that the 750,000 people they registered originally (most of whom have since died) became 5.5 million fake refugees. UNRWA lost sight of its purpose long ago."

"We already have great-great-grandchildren of refugees who are not refugees," he said in January. "I suggest a gradual conversion of all funds going to UNRWA to other agencies to deal with the question of refugees."

On Friday, before the US decision was confirmed, the head of the international UN refugee agency UNHCR, Filippo Grandi, was asked by reporters in Beirut if his agency could assume UNRWA's role. "The Palestinian refugees in the region are the responsibility of UNRWA," he said, making no further comment.

The UNRWA move is the latest in a number of actions by the Trump administration that have alienated the Palestinians, including the recognition of Jerusalem as Israel's capital and the decision to move the US Embassy from Tel Aviv to Jerusalem.

That move was a reversal of longtime US policy and led Palestinian leadership to boycott the Washington peace efforts led by Jared Kushner, Trump's senior adviser and son-in-law.

Palestinian chief negotiator Saeb Erekat on Saturday accused Washington of implementing the agenda of "Israeli extremists who have done nothing but to destroy the prospect of peace between Palestinians and Israelis."

Speaking in Ramallah, he said: "The United States may have the right to say that we don't want to give taxpayers' money, but who gave the US the right to approve the stealing of my land, my future, my aspirations, my capital, my Aqsa Mosque, my Holy Sepulchre Church?"

In Jalazone refugee camp near Ramallah in the Israeli-occupied West Bank, Ayoub Abeidi, whose family once lived in what is now the city of Lod in Israel, said the decision was political.

"Trump wants to finish off UNRWA so he can terminate the right of refugees (to return)," said Abeidi, 53. "Our right to return exists and neither Trump nor anybody else can cancel it."

Successive Israeli government have ruled out any right of return, fearing the country would lose its Jewish majority.