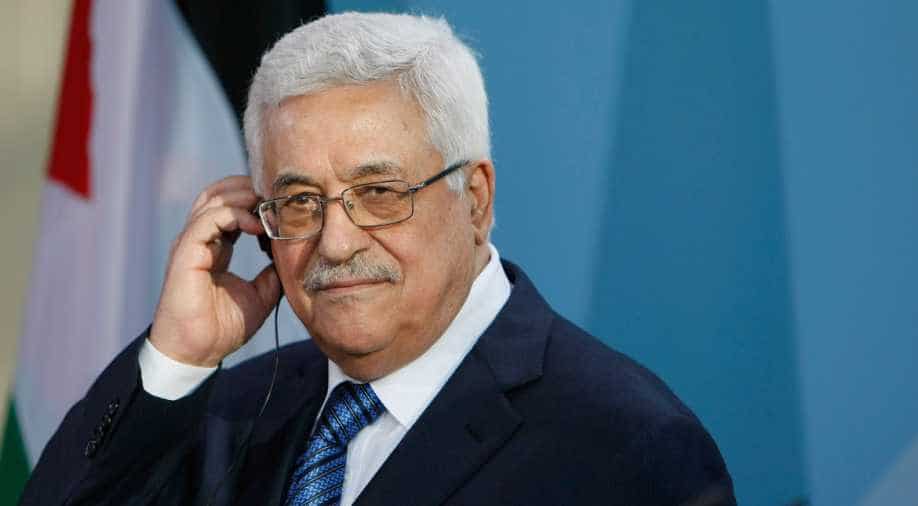 Follow Us
Palestinian President Mahmoud Abbas on Saturday retracted his allegation that Israeli rabbis had called for the poisoning of Palestinian water, a remark that had drawn strong condemnation from Israel's Prime Minister.

"After it became evident that the alleged statements by a rabbi on poisoning Palestinian wells, reported by various media outlets, are baseless, President Abbas has affirmed that he didn't intend to harm Judaism or to offend Jewish people around the world," part of a statement by Abbas's office said.

The Western-backed Palestinian leader made the remarks in a speech to the European parliament in Brussels on Thursday, as he condemned Israeli actions against Palestinians amid stalled peace talks, which collapsed in 2014.

Abbas's speech received a standing ovation from European lawmakers, but his allegation about the water poisoning drew strong condemnation from Israeli Prime Minister Benjamin Netanyahu, who termed it a "blood libel."

For Jews, allegations of water poisoning strike a bitter chord. In the 14th century, as plague swept across Europe, false accusations that Jews were responsible for the disease by deliberately poisoning wells, led to massacres of Jewish communities.