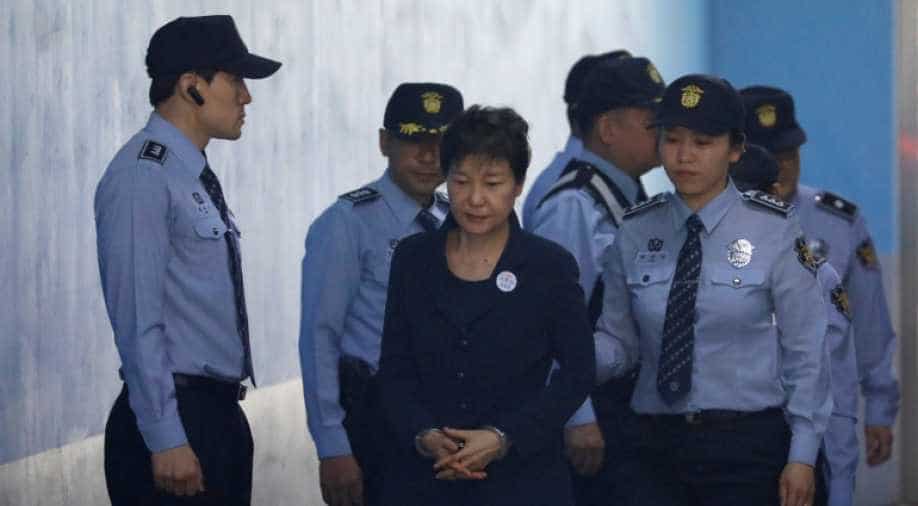 Tuesday's opening session was Park's first public appearance since she was taken into custody in March ||Park faces 18 charges including bribery, coercion and abuse of power for offering policy favours to tycoons who bribed her secret confidante

South Korea's ousted president Park Geun-Hye went on trial Tuesday over the massive corruption scandal that led to her downfall.

A grim-faced Park, wearing a blue trouser suit, a badge with her prisoner number, and no make-up, walked into the courtroom at Seoul Central District Court, avoiding meeting the glance of her longtime secret confidante and co-accused Choi Soon-Sil.

The trial, expected to last for months, is the final act in the drama that engulfed Park, the daughter of a dictator who went on to be elected president herself before she was sacked by the country's top court in March.

Presiding judge Kim Se-Yun asked her: "What is your occupation, the accused Park Geun-Hye?"

She responded: "I don't have any occupation."

The fallen head of state was brought to the building in handcuffs, transported from a detention centre in a justice ministry bus, with at least six guards.

Park, 65, was impeached by parliament following revelations of her involvement in a massive graft scandal centred on Choi, her friend of 40 years, and implicating some of the country's top businessmen, including Samsung heir Lee Jae-Yong.

Soon afterwards she was detained and indicted.

Tuesday's opening session was Park's first public appearance since she was taken into custody in March.

The trial could shed new light on the ties between Park and the bosses of the family-run conglomerates who allegedly bribed her.

Park faces 18 charges including bribery, coercion and abuse of power for offering policy favours to tycoons who bribed her secret confidante.

Choi, the daughter of a shadowy religious figure who was Park's mentor for years, is similarly accused of using her presidential ties to force top firms to "donate" nearly $70 million to non-profit foundations which she then used for personal gain.

Park is also accused of letting Choi, who has no title or security clearance, handle a wide range of state affairs including senior nominations and even her daily wardrobe choices.

Choi is currently on trial for bribery and abuse of power, as is Samsung's Lee.

Park has denied all wrongdoing, blaming Choi for abusing their friendship.

Park Young-Soo, who led the special prosecutors who investigated the case, has said the proceedings will be "the trial of the century".

Park is the third former South Korean leader to stand trial for corruption following Chun Doo-Hwan and Roh Tae-Woo, who served jail terms in the 1990s for charges including bribery and treason.

In addition, ex-president Roh Moo-Hyun -- the mentor of new leader Moon Jae-In -- killed himself after being questioned over graft. 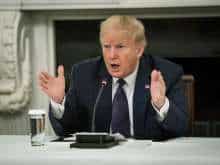