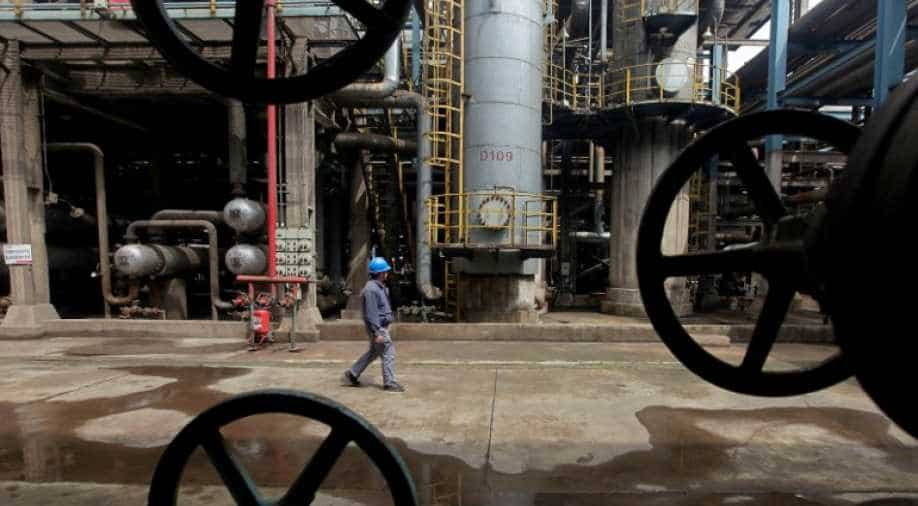 A worker walks past oil pipes at a refinery in Wuhan, Hubei province. Photograph:( Reuters )

U.S. crude stocks rose last week while gasoline and distillate stocks decreased, according to the American Petroleum Institute on Tuesday.

Oil rose on Wednesday, set for its largest third-quarter gain in 13 years, after the Iraqi oil minister said OPEC and its partners were considering extending or deepening supply cuts to erode an existing global surplus.

The oil price is on course for a rise of 15.5 per cent this quarter, which would make this year's performance the strongest for the third quarter since 2004.

"An improving macro-economic backdrop should spur oil demand growth over the next couple of quarters and if OPEC increases its adherence to production cuts, higher prices will come," ANZ Research said in a note."All things being equal, we still expect oil prices to test new highs (for 2017) by the end of the year."

The Organization of the Petroleum Exporting Countries and other producers are mulling a range of options, including an extension of cuts, but it is premature to decide on what to do beyond March when the agreement expires, Iraqi oil minister Jabar al-Luaibi told an energy conference on Tuesday.

OPEC and producers including Russia have agreed to reduce output by about 1.8 million barrels per day until March 2018 to reduce global oil inventories and support prices.

Some producers think the pact should be extended for three or four months, others want it to run until the end of 2018, while some, including Ecuador and Iraq, think there should be another round of supply cuts, al-Luaibi said.

But analysts doubt that such an extension would have much of an impact on the overall oil market.

Georgi Slavov, head of research at commodities brokerage Marex Spectron said he did not expect demand for crude oil to rise significantly in the final quarter of this year, which meant supply would have to be restricted even more tightly.

US crude stocks rose last week while gasoline and distillate stocks decreased, according to the American Petroleum Institute on Tuesday. [API/S]

Crude inventories rose by 1.4 million barrels in the week to Sept. 15 to 470.3 million, compared with expectations for an increase of 3.5 million barrels.

The US Department of Energy releases official data on inventories and refinery activity later on Wednesday.