Ohio university attacker was angry at US interference 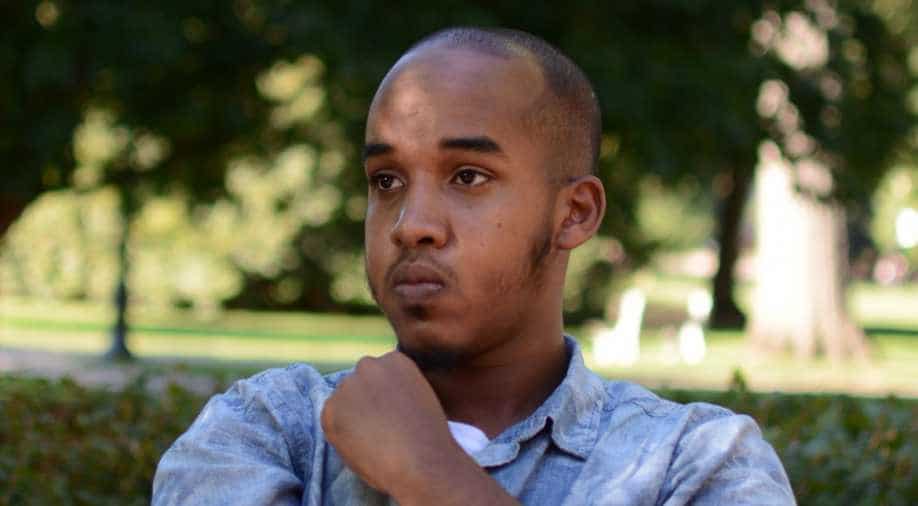 A university student whose family immigrated from Somalia rammed his car into a crowd at Ohio State University and attacked them with a butcher knife, injuring 11 before police fatally shot him.

Identifying the assailant as Abdul Razak Ali Artan, officials in the northern US state said he appeared to have acted alone yesterday in what was being investigated as a possible terror attack.

Officials said 11 people were being treated at local hospitals for stabbing wounds and injuries from the motor vehicle. None of their injuries were life-threatening

He also appears to have made an anti-US posting on Facebook minutes before the attack, on a page that was quickly disabled or taken down by authorities, US media said.

"I can't take it any more. America! Stop interfering with other countries, especially the Muslim Ummah. We are not weak. We are not weak, remember that," the post quoted by ABC television said, using a term referring to the global community of Muslims.

"If you want us Muslims to stop carrying lone wolf attacks, then make peace," the post reads. "We will not let you sleep unless you give peace to the Muslims."

Artan also referred to Anwar al-Awlaki, a US-born Al-Qaeda cleric, as a hero in the posting.

His shocking attack yesterday lasted just a few minutes -- from the car careening into the crowd until the suspect was shot dead -- but triggered a tense lockdown on the university's main campus in Columbus, with panicked students hiding in bathrooms before the scene was declared secure.

Officials said 11 people were being treated at local hospitals for stabbing wounds and injuries from the motor vehicle. None of their injuries were life-threatening.

Columbus police chief Kim Jacobs said earlier in the day they were considering the "possibility" that it was terrorism related.

US media reported that Artan was of Somali descent, though officials did not confirm that information. They did not release his exact age, saying only that they believed he was born in 1998.

An OSU student of the same name also was profiled in the August issue of student newspaper The Lantern, for an article in which he spoke of the lack of Muslim prayer rooms on campus.

Artan, who was identified as a third-year transfer student studying logistics management, told the paper he was uncomfortable with praying on campus.

"If people look at me, a Muslim praying, I don't know what they're going to think, what's going to happen," he said.

The rampage comes two months after a Somali immigrant stabbed 10 people at a mall in Minnesota, before he was fatally shot by an off-duty police officer.

The Minnesota assailant, 20-year-old Dahir Ahmed Adan, was described as "radicalised" and the Islamic State group claimed the attack as the work of an IS "soldier."

Yesterday's attack unfolded just before 10:00 am (2030 IST), when police were alerted that a car had struck pedestrians on campus, and that the driver had jumped out wielding a large knife.

"We could tell that the suspect was in the car by himself," said Craig Stone, chief of police at the university, describing a review of surveillance camera footage of his grey sedan.

A fire alarm, which investigators believed to be unrelated, had caused students and staff to evacuate a building prior to the attack.

The attacker "exited the vehicle, and used a butcher knife to start cutting pedestrians," Stone said.

After the suspect was shot dead by the responding officer, identified as 28-year-old Alan Harujko, university officials sent out a campus-wide alert to initiate a lockdown due to a possible active shooting incident.

SWAT teams fanned out across the facility and an FBI team was also on the scene, searching buildings for any additional suspects.

It took nearly two hours before officials lifted the lockdown, and shocked students and staff began streaming out of buildings. The university canceled classes for the rest of the day.

"I was right there," student Joseph Noll told Columbus television station WBNS. "I just heard some screams, and I saw people running."

Cydney Ireland told ABC she was walking out of class when she also heard screams.

"Everybody was running in any direction they possibly could, students were running out of the classroom building," she said from her hiding spot in a locked bathroom.

Ohio State has roughly 60,000 students on the main campus in Columbus, which sprawls across more than 1,900 acres.