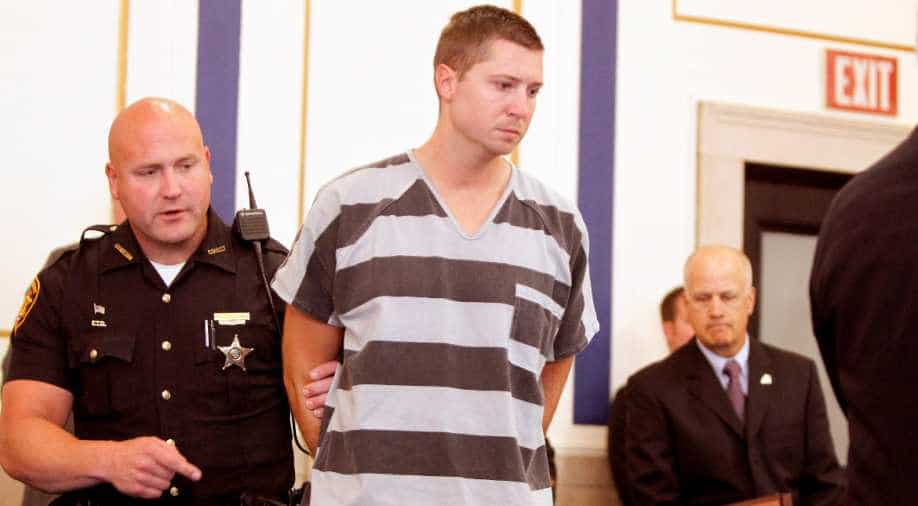 Body-camera video of the July 2015 incident showed Tensing, 26, shooting Samuel DuBose, 43, in the head after pulling him over for a missing license plate on his vehicle. Photograph:( Getty )

An Ohio judge declared a mistrial on Saturday, finding jurors hopelessly deadlocked in the case of a white former University of Cincinnati police officer charged with murder in the shooting death of an African-American motorist during a traffic stop last year.

The jury said on Friday they were deadlocked, but were ordered by Judge Megan Shanahan, of Common Pleas Court in Hamilton County, to redouble their efforts. The jury had begun deliberating on Wednesday on whether former officer Ray Tensing was guilty of murder or voluntary manslaughter.

"You are again saying that after a night of sleep and two additional hours of deliberations, you are unable to reach a unanimous verdict," Shanahan told the 12 panelists on Saturday. "By reason of your inability to reach a verdict, I declare this case a mistrial."

The killing fueled demonstrations against use of lethal force by white officers against unarmed African-American and other minorities, an issue which has been the focus of nationwide protests and a renewed national debate over racial bias in the criminal justice system.

Tensing had pleaded not guilty and was free on $1 million bond. Body-camera video of the July 2015 incident showed Tensing, 26, shooting Samuel DuBose, 43, in the head after pulling him over for a missing license plate on his vehicle.