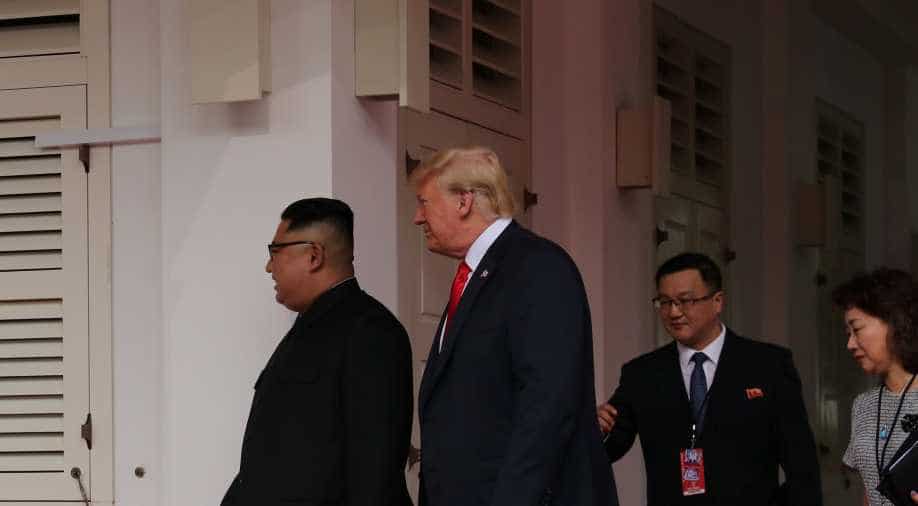 Kim made the request during his third meeting with Xi in Beijing last month, and the Chinese president promised to do his "utmost" to satisfy it, the Yomiuri Shimbun newspaper said.

"We are feeling great pain due to economic sanctions. Now that we have concluded the US-North Korea summit in success, I want (China) to work toward early lifting of the sanctions," Kim reportedly told Xi, according to the newspaper.

Kim chose Beijing -- his main economic patron and diplomatic protector -- for his first official foreign trip in March and met Xi again in May in the northeastern port city of Dalian.

Kim asked Xi to help ease the sanctions that have crippled North Korea's economy, and urged China to back Pyongyang in its denuclearisation talks with Washington, the report said.

Xi in turn told Kim he "actively supports North Korea's reform and opening-up and will proactively cooperate with issues associated with the efforts", according to the Yomiuri.

He also urged North Korea to "continue (its) consultations with China" as it negotiates with the United States, the report said.

Kim's third official visit to China was seen as a move to reassure Beijing that Pyongyang would not neglect its interests after the historic summit with Trump in Singapore.

China and the US both hope to see the Korean peninsula free of nuclear weapons.

But Beijing is concerned Washington and Pyongyang might move closer at its expense, a possibility that China sees as threatening to its economic and security interests in the region.