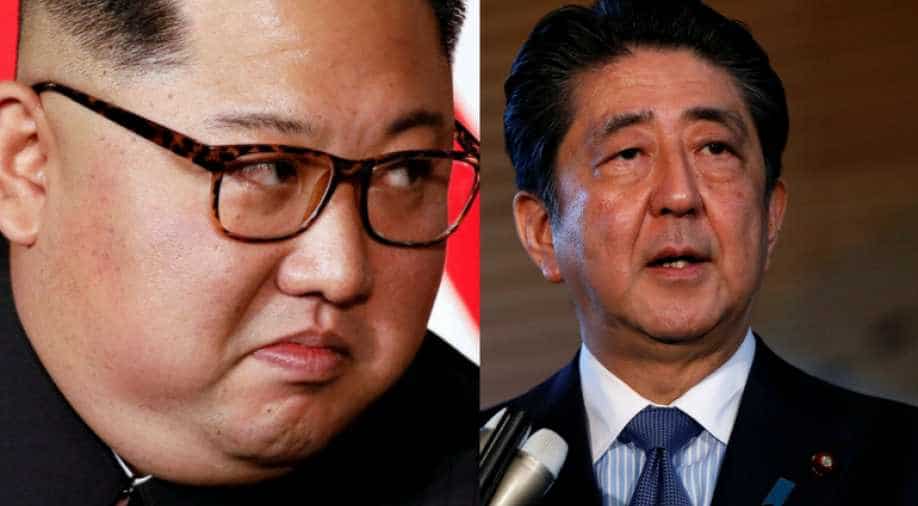 Japanese Prime Minister Shinzo Abe said any summit he holds with North Korea's Kim Jong Un must tackle abducted citizens, an issue that has bedevilled relations between the two countries for decades.

North Korea kidnapped scores of Japanese citizens in the 1970s and 1980s to help Pyongyang train its spies, a sore point that Tokyo says has never been adequately addressed.

"In the end, I have to meet Chairman Kim Jong Un," Abe told the Sankei Shimbun daily in an interview published on Sunday, adding he wished to "break mutual distrust" between the two countries.

But he added: "As long as we hold a meeting, the meeting must contribute to the resolution of the abduction issue".

Tokyo and Pyongyang have long had tense relations, from historical grievances of Japan's wartime brutalities on the Korean peninsula to Pyongyang's regular sabre rattling, including recent missile tests last year that sent rockets heading towards Japan.

Recent months have seen a remarkable diplomatic detente on the Korean peninsula with Kim holding summits with both US President Donald Trump and South Korea's leader Moon Jae-in.

Tokyo fears being shut out of negotiations on North Korea, which have proceeded at a breakneck pace in recent months with Japan largely on the sidelines.

During historic talks with Trump in Singapore, Kim reportedly said he was open to a meeting with Abe.

In the interview, Abe also said Japan-China relations have gotten back "on the completely right track".

"I'm looking forward to visiting China and then want to invite President Xi Jinping to Japan," he said.

The world's second- and third-largest economies also have a fraught relationship, complicated by longstanding maritime disputes and Japan's wartime legacy.