'No regrets' over selfie with Miss Israel: Miss Iraq Sarah Idan to WION 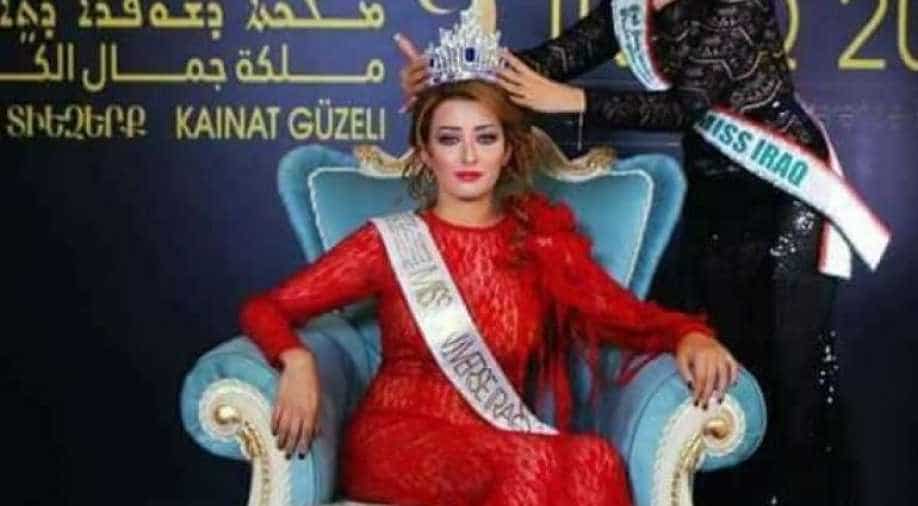 By Rabin Sharma and Rishibha Kumari

Miss Iraq Universe, Sarah Idan is "sad" about the Iraq government's “silence” over the selfie row where she had posed with Miss Israel Adar Gandelsman. Idan, however, does not regret her action.

Idan received death threats while her family had to flee their native country, despite this, she is convinced that peace - and not anger - is the only solution.

A firm believer of freedom of expression, the Iraqi-American spoke exclusively to WION and talked about “embracing” differences and “welcoming” diversity.

She also noted the world to be boring if all followed the same ideology.

Idan still grapples with the aftermath of the controversy that went on take shape of a national outcry.

"Adar was shocked but very supportive. She told me to not worry about this," Idan noted on Miss Israel's reaction to the controversy.

Idan shared that Gandelsman, Miss Israel, even proposed inviting her (Sarah's) parents to visit her home in Israel.

"And I explained to her that they could never go to Israel because of the whole situation. We talk about it every now and then", shared Idan.

Idan explained how the picture episode was not about their friendship but something much greater - world peace.

And, that is exactly what her photo caption read, "Peace and love from Miss Iraq and Miss Israel," studded with heart emojis.

Idan was later directed to delete the photo by the Miss Iraq Organization's Director; Idan declined to do the same.

Anger and resentment, Idan says, would only affect future generations.

"We've all been mistreated, I've been prosecuted, my family has been prosecuted in the past, but it doesn't give me an excuse to go and attack innocent people just because I'm angry," Idan expressed.

But just talking to someone and being friends with them, for me it is nonsense, to try to prevent you from having personal freedom

A staunch believer of world peace, Idan noted that the world has come a long way; education and exposure will not only make people more sensitive and open-minded but will also put an end to this "xenophobia", she shared.

"All we need is education, and I believe that one day when we all have better education and equal rights, then people will start promoting world peace. Maybe we'll all be one country, you never know," she concluded.

Sarah Idan doesn't know much about India but admits to having friends here.

"They are wonderful people, though I don't know much about India. I just know that they have poverty issue. And I sincerely hope that India continues to be open-minded and peace-promoting," Idan concluded.