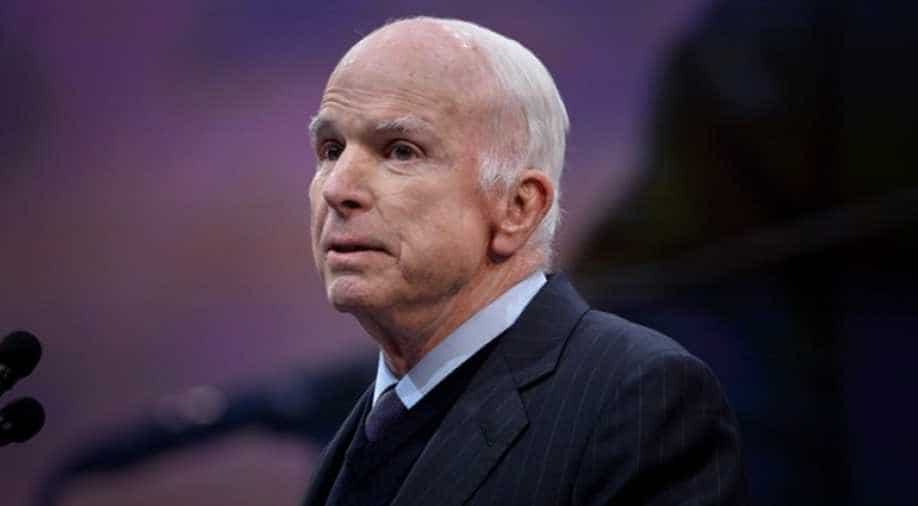 Two ex-presidents from opposing parties united Saturday to honour&nbspUS senator John McCain, in a momentous funeral that championed his aspirations of political comity but also rebuked the tribalism and division trafficked by Donald Trump.

The US&nbspmilitary said it has made a final decision to cancel $300 million in aid to Pakistan that had been suspended over Islamabad’s perceived failure to take decisive action against militants, in a new blow to deteriorating ties.

Senator John McCain's daughter paid tribute to her father on Saturday (September 1) with a broadside at President Donald Trump, lambasting the US&nbspleader without naming him for using "cheap rhetoric" against a man celebrated as a war hero and statesman.

British Prime Minister Theresa May vowed Sunday to stand by her blueprint for future trade ties with the European Union, amid fierce opposition from Brexiteers and doubts from the bloc.

Union Home Minister Rajnath Singh said Saturday that dissent is allowed, but not destabilising India. "I want to clarify that there will never be any effort to compress the pressure cooker. All have the right to speak, do whatever they want in democracy but no one will be allowed to destabilise the country or create violence," PTI quoted Singh as saying.