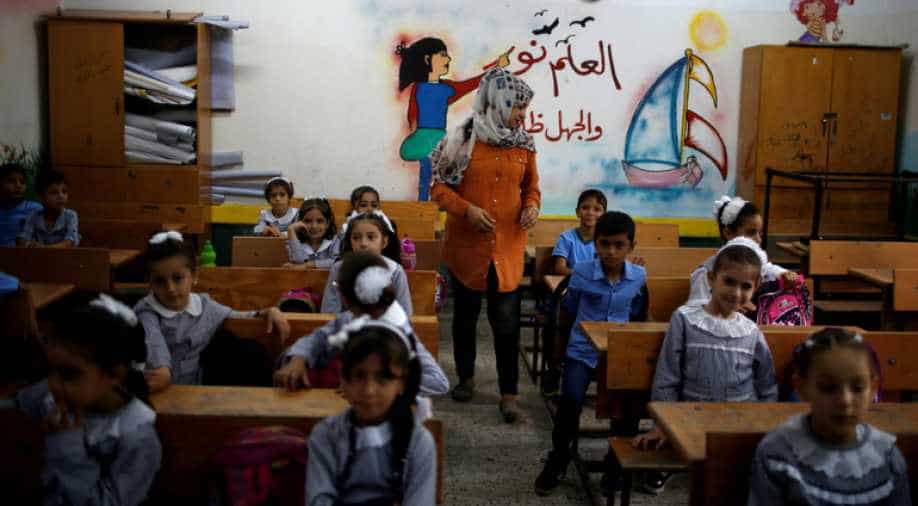 Palestinian schoolchildren sit inside a classroom at an UNRWA-run school, on the first day of a new school year, in Gaza City. Photograph:( Reuters )

Palestinian refugees reacted with dismay on Saturday to a United States decision to halt funding to a UN agency, warning that it would lead to more poverty, anger and instability in the Middle East.

The United States on Saturday slapped sanctions on two Pakistani companies by placing them on the export entities list for activities related to nuclear and missile trade.

A British minister on Saturday conducted talks with his Iran counterpart over the nuclear deal for the first time since the US decided to back out.

Ranjan Gogoi to succeed Justice Dipak Misra as next CJI

Justice Ranjan Gogoi is set to take over as the 46th Chief Justice of India on October 3.

According to reports, Gogoi was recommended for the top office by the current Chief Justice Dipak Misra.