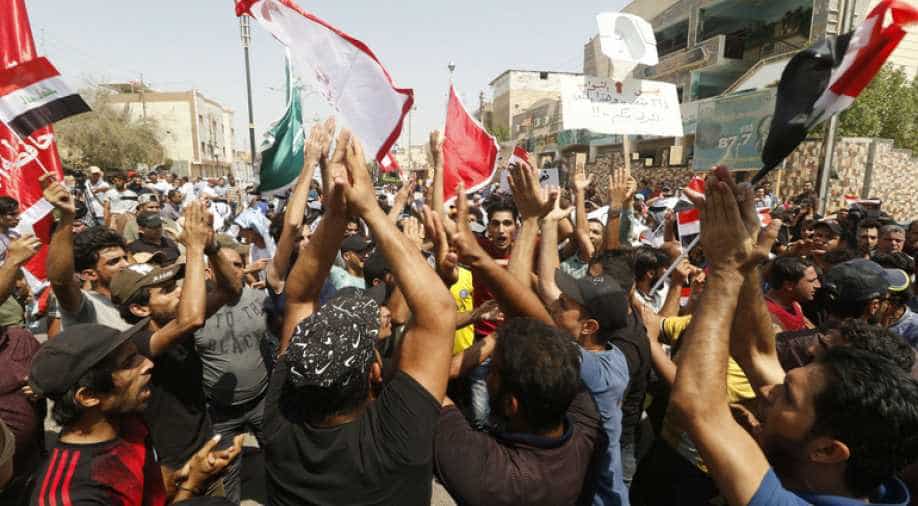 Protesters flooded the streets of southern Iraq again on Sunday, nearly a month into a wave of unrest over corruption and decaying public services.

In oil-rich Basra, the southern port city where the protests broke out on July 8, tribal chiefs and Shiite religious leaders joined several hundred demonstrators in front of the provincial headquarters.

While there were no clashes over the weekend, fourteen people have been killed since the unrest flared, including at least one person shot dead by security forces.

In Samawa, further west, protestors have been staging a sit-in for more than a week, condemning the misappropriation of billions of dollars from the state budget over recent years.

Daily demonstrations have continued despite government pledges to pump billions of dollars into oil-rich but neglected south.

But the initially large protests have dwindled, apparently weakened by numerous arrests and a heavy security presence.

Anti-corruption rallies have also hit Baghdad's central Tahrir Square, but they too have waned to just a few dozen protestors.

Fahdawi's dismissal came amid political tensions as Iraq awaits the results of a partial recount of May 12 elections.