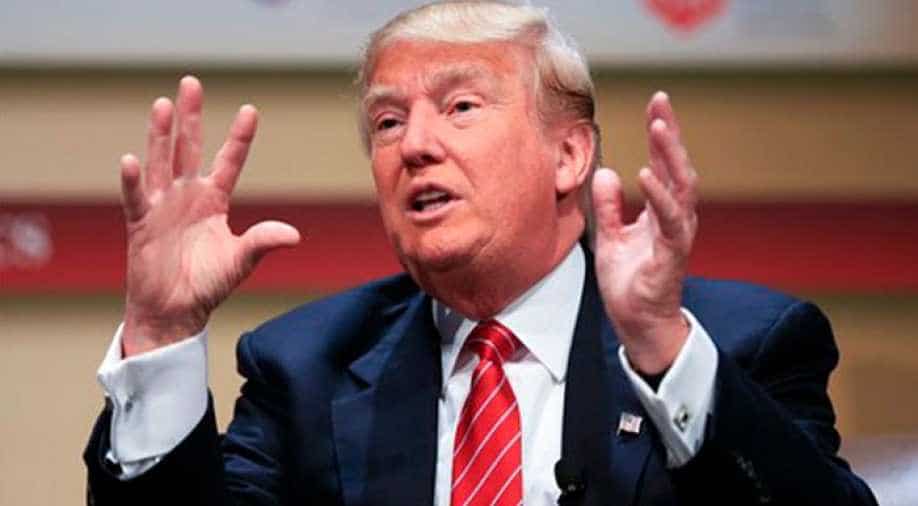 In the 28-second video, Trump, dressed in a suit, is seen knocking down another man in a suit who is standing next to a wrestling ring. Trump then pummels the man, whose face is covered by the CNN logo Photograph:( Zee News Network )

US President Donald Trump launched a fresh attack on the news media Sunday by tweeting a video -- bizarre even by his standards -- showing him knocking down and beating a professional wrestling "villain" whose face had been replaced by a CNN logo.

The 10-year-old video, hailing back to Trump's days as a guest celebrity at pro-wrestling events, came after a week in which his unrestrained Twitter attacks on two MSNBC talk show hosts drew widespread condemnation from members of both political parties.

In the 28-second video, Trump, dressed in a suit, is seen knocking down another man in a suit who is standing next to a wrestling ring. Trump then pummels the man, whose face is covered by the CNN logo, repeatedly over the head.

At the end of the video, a fake CNN logo appears in the lower right corner of the screen with the words "FNN: Fraud News Network."

A longer version of the same video found online shows that the man knocked down was World Wrestling Entertainment (WWE) owner-promoter Vince McMahon, a friend of Trump's.

In the longer version, McMahon next appears in a chair in the middle of the ring, his wrists being tied down as Trump takes an electric razor to shave McMahon's head bald.

The stunt was part of a promotion at the WrestleMania 23 event dubbed "The Battle of the Billionaires," with each man agreeing to let the other shave his head if his wrestler lost.

McMahon was present at the White House in February to pose smilingly with the president when his wife Linda McMahon -- herself a former WWE executive, and Trump's nominee to head the Small Business Administration -- was sworn into office.

Trump has recently picked up the pace of his attacks on the news media. Besides the crude personal attack on MSNBC co-hosts Joe Scarborough and Mika Brzezinski -- he called her "crazy" and "low I.Q." and said he had seen her bleeding after a facelift -- he tweeted his intention to start calling CNN #FraudNewsCNN, instead of #FakeNewsCNN which he had been using.

Amid a torrent of criticism over his attack on Brzezinski, Trump doubled down on Saturday, tweeting: "My use of social media is not Presidential - it`s MODERN DAY PRESIDENTIAL. Make America Great Again!"