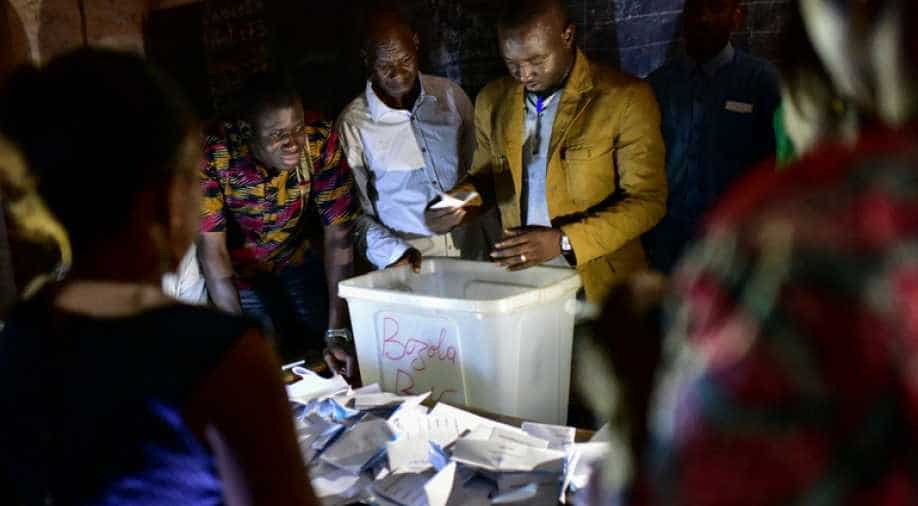 The Mali government on Monday published a list of 871 polling stations which were unable to operate during last week's presidential election due to outbreaks of violence, adding that almost a quarter of a million people had been unable to vote.

A total of 245,888 voters -- mainly in northern Timbuktu region, central Mopti and Segou in the south -- "were unable to vote for various reasons" during the July 21 election, the ministry of territorial administration said.

The government was responding to calls by the opposition and the European Union to provide more details of the contested vote results.

The three main opposition candidates in Mali's presidential election announced Sunday they were mounting a legal challenge in the country's constitutional court alleging "ballot box-stuffing" and other irregularities after incumbent Ibrahim Boubacar Keita took the lead in the first round of voting.

Keita won 41.42 per cent of the vote in July's presidential poll, according to provisional results, easily ahead of the second place rival Soumaila Cisse with 17.8 per cent. They are set to contest a runoff vote next Sunday.

The government had earlier said that 715 polling stations had remained closed out of a total 23,000 nationwide.

Two days after polling took place the European Union pressured Mali to present a "complete and detailed list" of polling stations where a key presidential election could not be held due to violence.

Security was a central issue during the campaign, in which 73-year-old Keita is seeking re-election with the international community hoping the poll will strengthen a 2015 peace accord.

In Mali's north, where the state is barely present, armed groups who signed the peace accord helped to ensure security.

The vote was monitored by observers from the European Union, the African Union, the regional ECOWAS grouping and the Francophonie organisation.

Violence also marred the lead-up to the election, despite the presence of 15,000 UN peacekeepers, 4,500 French troops and a much-heralded five-nation anti-terror G5 Sahel force.

The jihadist violence has spread from northern Mali to the centre and south of the country and spilled over into neighbouring Burkina Faso and Niger, often inflaming communal conflicts.

On Monday 18 of the presidential candidates denounced an "electoral hold-up" and called for a major protest in Bamako on Tuesday.

The constitutional court is due to officially announce the first-round results on Wednesday.

Mali, considered a linchpin state in West Africa's troubled Sahel region, is one of the world's poorest countries, with most people living on less than $2 a day.