Nate downgraded to tropical storm as it lashes US Gulf Coast 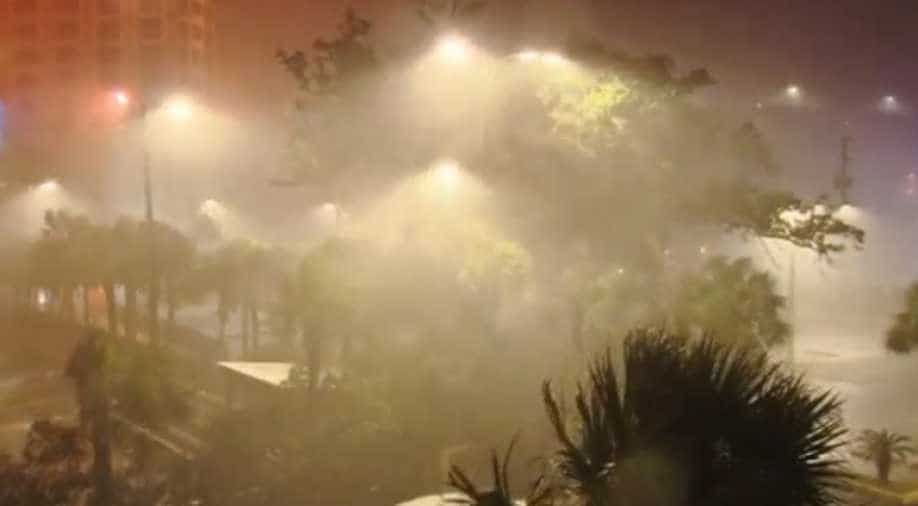 Hurricane Nate was packing winds of up to 85 miles per hour and was moving northwards at 20 miles per hour. Photograph:( Reuters )

Nate, which had lashed the US Gulf Coast as a fast-moving hurricane, was downgraded to a tropical storm early Sunday while moving inland

Nate, which had lashed the US Gulf Coast as a fast-moving hurricane, was downgraded to a tropical storm early Sunday while moving inland, meteorologists said.

At 5:00 am (0900 GMT), the storm had top winds of 70 miles (113 kilometers) per hour and was moving north-northeast at 23 miles per hour, according to the National Hurricane Center.

"Rapid weakening anticipated," the NHC said as the storm moved further inland over the southern states of Mississippi and Alabama.

As a powerful hurricane, Nate made a second landfall along the US Gulf Coast early Sunday, after leaving a trail of death and destruction in Central America.

Around 1:30 am (0530 GMT), the US National Hurricane Center said the storm struck about five miles (eight kilometers) west of Biloxi, Mississippi, where storm surges caused sea water to rise dramatically.