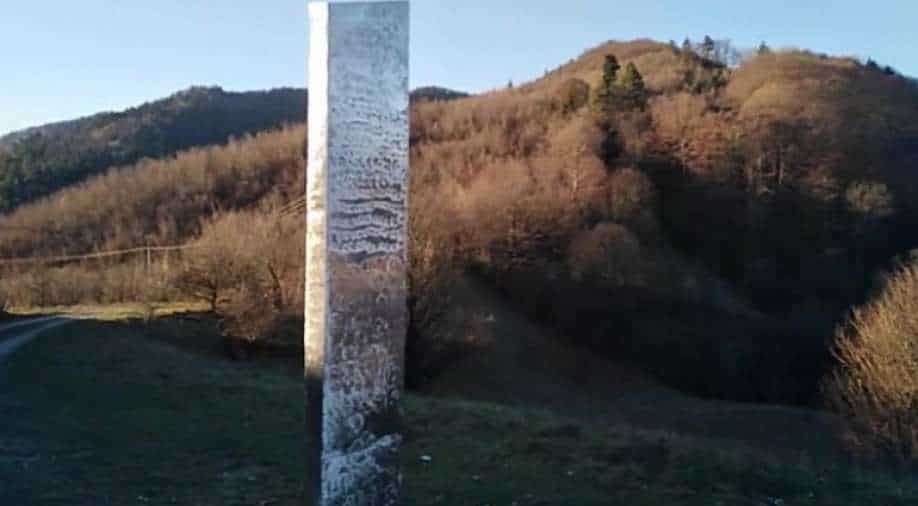 This 'new' monolith also has graffiti drawn on it, which was not spotted on the 'original' structure

After a strange metal monolith randomly appeared in the Utah desert of the US a few weeks back, people were left amazed and shocked, and scientists were perplexed about how did the monolith suddenly appear.

However, a few days after the pictures and videos circulated of the monolith, the Bureau of Land Management in Utah was informed that the monolith had disappeared. But now, continuing the mystery around this strange object, a similar-looking monolith has appeared in Romania within 24 hours of the disappearance.

This new monolith was discovered on the top of a small hill in Romania and seems to be hastily constructed, as opposed to the smooth structure found — and then 'stolen' — in Utah.

Romania's structure also has a mirrored effect, whereas the one found in Utah was a shiny structure that was made out of metal. This 'new' monolith also has graffiti drawn on it, which was not spotted on the 'original' structure.

"We recognize the incredible interest the ‘monolith’ has generated world-wide. Many people have been enjoying the mystery and view it as a welcome distraction from the 2020 news cycle," Monticello Field Manager Amber Denton Johnson was quoted by local media. "Even so, it was installed without authorization on public lands and the site is in a remote area without services for the large number of people who now want to see it. Whenever you visit public lands please follow Leave No Trace principles and Federal and local laws and guidance."

Meanwhile the Bureau of Land Management in Utah have made it clear that the structure was not removed by any of heir official and they will "not investigate crimes involving private property which are handled by the local sheriff's office."