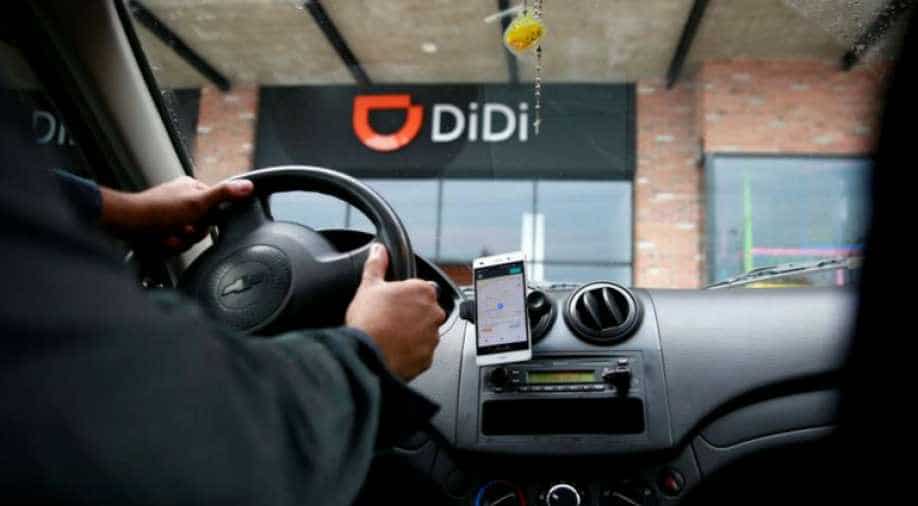 China pledged on Monday to tighten oversight of its transport industry and warned that the country did not need ride-hailing firms which compromised on passenger safety, days after a Didi Chuxing passenger was raped and murdered by her driver.

The killing of a 20-year-old passenger who rode in the Didi vehicle on Friday in the eastern city of Wenzhou is the second such incident since May, denting the image of the Beijing-based company, which is the world's largest ride-hailing firm by number of rides and is expanding globally.

The latest attack triggered severe criticism of Didi on social media and prompted regulators to warn of industry-wide action.

"If a company is not compliant and self-disciplined, and takes its passengers' lives as a game, the public will vote with their feet and the government will not just stand by," the transport ministry said in a commentary on its website.

The National Development and Reform Commission said that various government departments would push to improve overall governance of operators and would expand the use of a fledgling social credit system across the transport sector.

Didi declined to comment on Monday. It has suspended its Hitch carpooling service and previously said that it felt deeply responsible and would complete by Sept. 1 a new compliance operation to be inspected by the ministries and the public.

Police said a 27-year-old driver named Zhong was detained at about 4 a.m. on Saturday and confessed to raping and killing the passenger, who had used the Hitch service to book her trip. Her body was dumped over a guardrail and down a cliff, police said.

Didi said the suspect had no criminal record, had provided authentic documentation and passed a facial recognition test before starting work.

However, it also said it failed to act on a complaint made against the driver on Thursday by a passenger who alleged the driver took her to a remote place and followed her after she got out of the car.

Authorities in Shenzhen told Didi's local subsidiary to make improvements to its service by the end of September, the official People's Daily reported.

Shenzhen's traffic bureau said that if Didi did not comply with the requirements, the city could revoke the company's local business license and require it to stop offering internet services in Shenzhen.

China has more than 80 companies that hold licenses to compete in the ride-hailing sector, the transport ministry said last week.

Didi, which was valued at $56 billion in a fundraising round last year, has been expanding into overseas markets including Australia and Mexico, going head-to-head with Uber. The company has also prepared for an initial public offering as soon as this year, according to people familiar with its plans.

Didi says it makes 30 million trips a day, with more than 30 million drivers on its platform. It offers 14 services including Hitch, which allows users to hail a car via their smartphone and share a ride with someone headed in the same direction. Didi said Hitch has run more than 1 billion trips in the past three years.

Two lawsuits were filed in courts in Jiangsu and Guangdong provinces last year against Didi Hitch drivers by passengers who said the drivers had raped or assaulted them, according to court documents. One driver was sentenced to 10 months in prison, while the other received a sentence of 3.5 years.

After a 21-year-old flight attendant was murdered in May, allegedly by her Didi Hitch driver, the company took steps including limiting the hours during which carpool drivers can pick up passengers of the opposite sex, and testing an "escort mode" on its app enabling passengers to share their routes and destinations with emergency contacts.

The latest killing has been one of the most discussed topics on China's Twitter-like Weibo service since the weekend, with Didi's official apology post gaining more than 500,000 comments.

Some comments were critical of Didi's outsourcing of some customer service functions in some cities, after a series of media reports focused on that. Didi said the incident had revealed many deficiencies with its customer service processes.

Reuters found advertisements on job portals dating as far back as 2014 from third-party companies seeking customer service personnel for Didi in cities such as Beijing, Hefei and Chengdu offering salaries starting from about 3,000 yuan ($436.43) a month.

Many social media users said that they wanted to see major changes being made and that public trust was being eroded as it was not the first incident.

"I don’t dare to use Didi in the future," one said.

Didi rival AutoNavi Maps suspended its carpooling service on Monday saying that it was doing so out of concern for "passenger safety". It declined to comment on whether the decision was related to the Didi case.