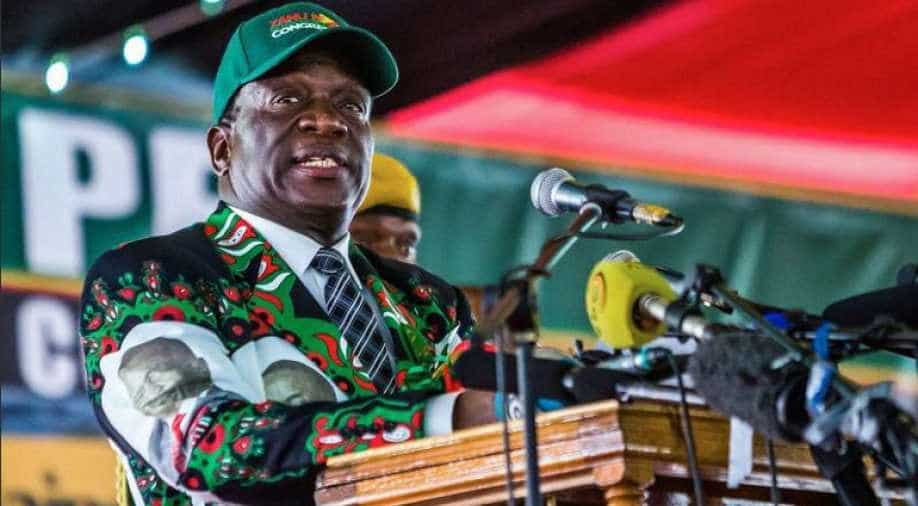 Zimbabwe President Emmerson Mnangagwa on Monday called on the country to move on from its disputed elections, despite his victory being challenged in court over alleged fraud and his inauguration delayed.

The country's first election since the fall of Robert Mugabe late last year was mired by the army opening fire on protesters, allegations of vote-rigging and a crackdown on opposition activists.

"It's now time to put the election period behind us and embrace the future," the president-elect said at a speech on the annual day honouring Zimbabwe's independence heroes.

"The task facing us today is a great one," he added.

"We should never be deterred by temporary setbacks and regrettable events we have encountered."

Mnangagwa narrowly won the July 30 vote, after taking power last year when the military ousted Mugabe after 37 years in office.

In a statement, opposition candidate Nelson Chamisa said the "unsatisfactory, and in fact scandalous way" the election was carried out was a "betrayal of the heroes and heroines who made an independent Zimbabwe possible in 1980".

He added that in their push for liberation they had fought for "one person, one vote".

Mnangagwa, a former close ally of Mugabe, repeated his accusation that the opposition MDC party was responsible for violence at an anti-fraud protest when soldiers opened fire killing six people.

The MDC on Friday lodged a Consitutional Court appeal against the election result, forcing Mnangagwa's inauguration, which had been due on Sunday, to be postponed.

The court must make its ruling within 14 days, though analysts say the judicial system is tilted in favour of Mnangagwa's ZANU-PF party, which has held power since independence from Britain in 1980.

Mnangagwa, 75, had vowed to hold a credible and peaceful election to re-launch the country and revive its shattered economy after the Mugabe era.

He narrowly won the presidential race with 50.8 percent of the vote -- just enough to avoid a run-off against the MDC's Nelson Chamisa, who scored 44.3 percent.