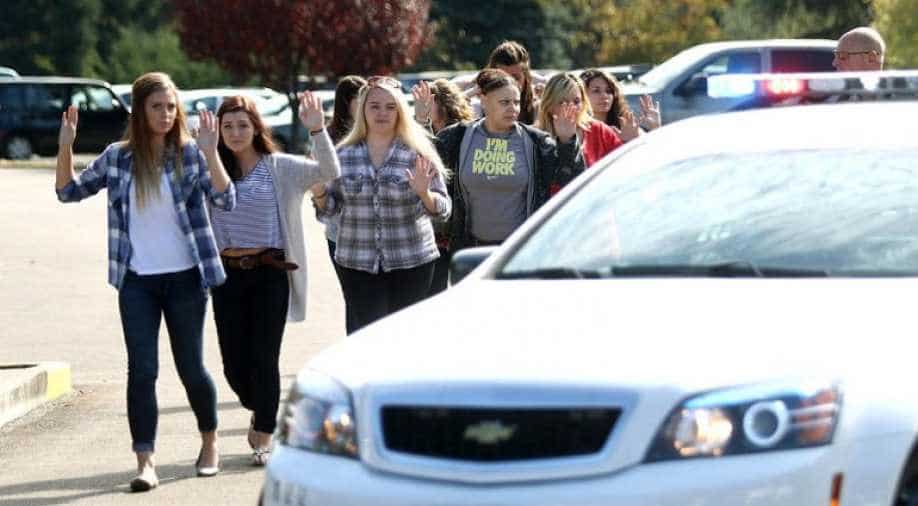 A teenage student suffering from depression opened fire at an American school in northern Mexico on Wednesday, injuring three students and a teacher then shooting himself in the chin in what state officials called an unprecedented attack that was caught on video.

Aldo Fasci, security spokesman for the northern state of Nuevo Leon, said the 15-year-old student entered the Colegio Americano del Noreste with a gun and started shooting, leaving three of the victims and himself gravely injured.

"In the video, you can see the minor take out the gun, shoot the teacher and then another child," Fasci told local television. "He is there for a while, pointing at other students, and a few minutes later he opens fire. We have no motive yet."

Fasci said one 15-year-old student was shot in the arm, and two 14-year-olds were shot and injured. There were no details on the nationalities of the victims.

He said the shooter was being treated for depression and had brought a .22 calibre firearm from home.

Oscar Aboytes, spokesman for emergency services in Nuevo Leon, said all of the wounded were rushed to the hospital.

Photos widely distributed on social media showed three people lying on the floor of a classroom with pools of blood around their heads. Reuters was not able to confirm the authenticity of the images.

A receptionist at the school said she had no additional information on the shooting.