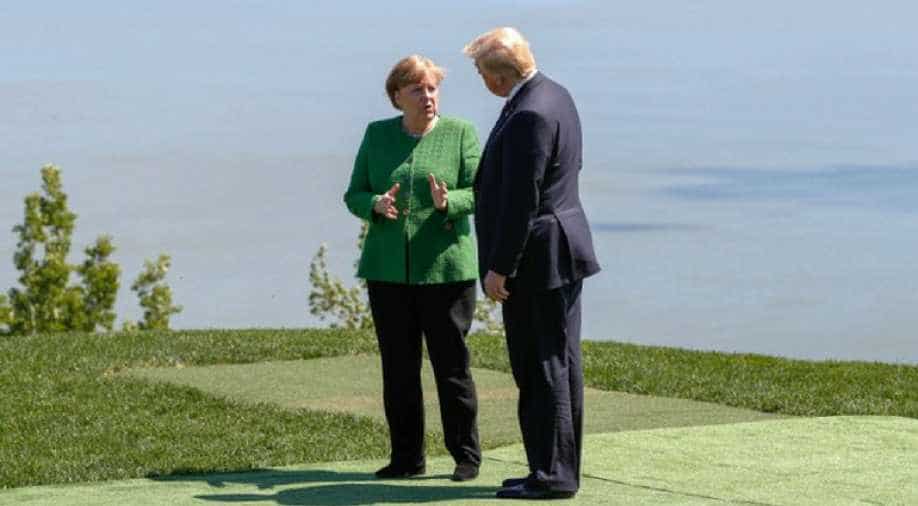 German Chancellor Angela Merkel and US&nbspPresident Donald Trump shared concerns about developments in Syria, especially the humanitarian situation in the region around Idlib, their offices said on Monday after the leaders spoke by telephone.

"Both leaders called for international action to prevent a humanitarian crisis in Idlib Province," White House spokeswoman Sarah Sanders said in a statement.

"Russia is called upon to act in a moderating manner on the Syrian government and prevent a further escalation," Merkel's spokesman, Steffen Seibert, said in a statement.

Seibert said the two leaders also spoke about Ukraine, the Western Balkans and trade, he said, without elaborating. Sanders said they sought "renewed efforts to solve the conflict in eastern Ukraine."

The government of Syrian President Bashar al-Assad, backed by Moscow, says it aims to recapture the rebel-held enclave of Idlib in northern Syria, a refuge for civilians and rebels displaced from other areas of Syria, as well as jihadist forces.

The region has been hit by a wave of air strikes and shelling this month in a possible prelude to a full-scale government offensive.

Merkel also raised concerns about the situation in Idlib during a meeting with Russian President Vladimir Putin just over a week ago.

Turkey's foreign minister said on Friday it would be disastrous to seek a military solution in the region. Turkey, which has backed some rebel groups there, is trying to avert an attack by forces loyal to Assad.