Man yells 'Shame on you!' as Cardinal Wuerl speaks about sex abuse scandal 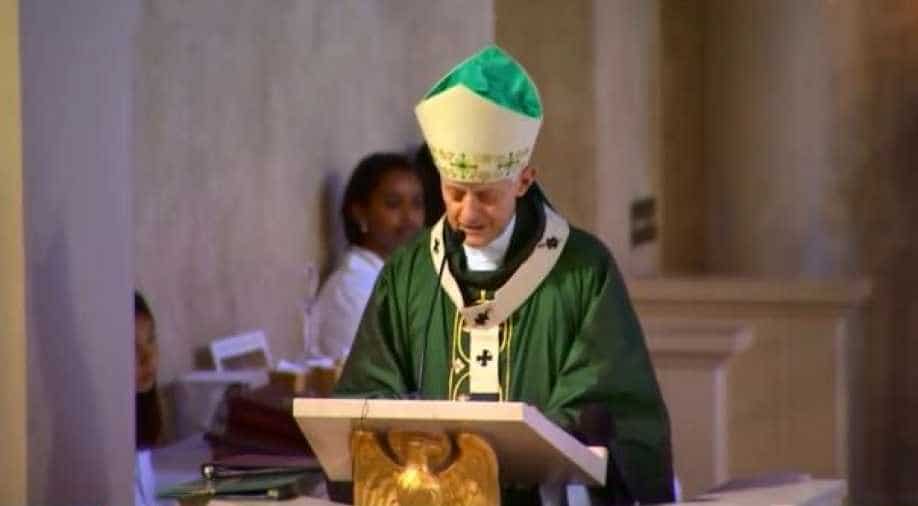 A man attending a Catholic mass led by Cardinal Donald Wuerl on Sunday (September 2) yelled "Shame on you!" and walked out as the Church leader spoke about the sex abuse scandal and the need to be loyal to Pope Francis.

"I ask your prayers for me for forgiveness in any of my errors of judgment, for any of my inadequacies as well as for the grace to find with you ways of healing, ways of moving out of this darkness," Wuerl told parishioners at the Annunciation Catholic Church in Washington.

Catholic priests in Pennsylvania sexually abused thousands of children over a 70-year period and silenced victims through "the weaponization of faith" and a systematic cover-up campaign by their bishops, the Pennsylvania state attorney general said in August.

Prior to his current role as archbishop of Washington, Wuerl was bishop of Pittsburgh from 1988 to 2006.

A grand jury report on the abuse found that during that time, Wuerl had reassigned priests who had been accused of abusing children, rather than taking stronger action.

The grand jury report did not accuse Wuerl of personally sexually abusing children.