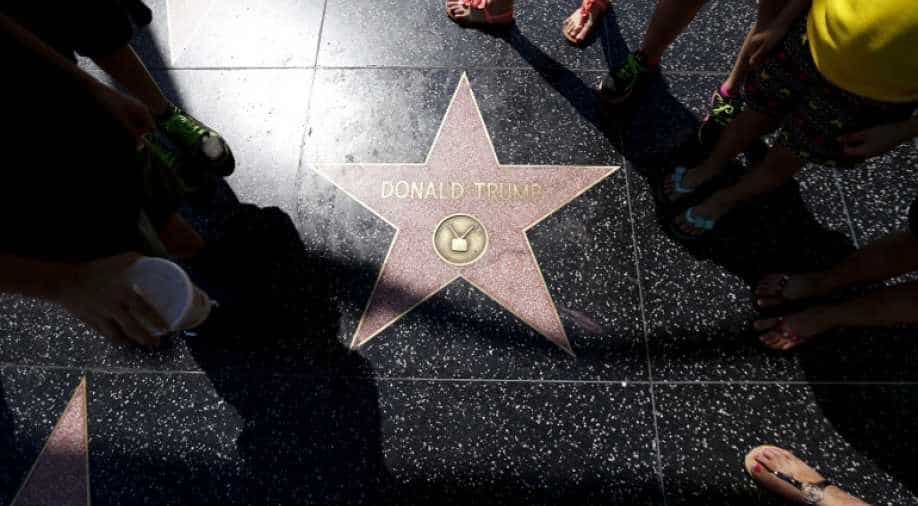 People gather around the star of then, US Republican candidate Donald Trump on the Hollywood Walk of Fame in Hollywood, California, US Photograph:( Reuters )

A US man accused of taking a pickaxe to President Donald Trump's star on the Hollywood Walk of Fame justified his actions on Wednesday as he pleaded not guilty to a felony vandalism charge.

"I don't personally think there should be any charges brought against me because what I did, I believe, was a rightful and just act, and I think that the repercussions of it were only positive," Austin Mikel Clay, 24, told ABC7 after appearing in court in Los Angeles.

Clay, who faces three years in prison if convicted, smashed Trump's star in Hollywood on July 25 and then reportedly called police and told them "see you soon" before leaving the scene.

He later turned himself into police in Beverly Hills.

It was the second time Trump's star had been vandalized in less than two years.

In October 2016, a man dressed as a construction worker smashed the star with a pickaxe and sledgehammer. James Otis pleaded no contest to felony vandalism and was sentenced to three years' probation and agreed to pay $4,400 for the damage.

Trump's star in the past two years has been targeted repeatedly by detractors who say they are offended by his treatment of women and his politics.

One man in 2016 tweeted a photo of a pile of dog poop on the Hollywood star with a message that said "Hey, @realDonaldTrump, my dog hates you."

Trump was awarded the star in 2007 for his reality show The Apprentice.