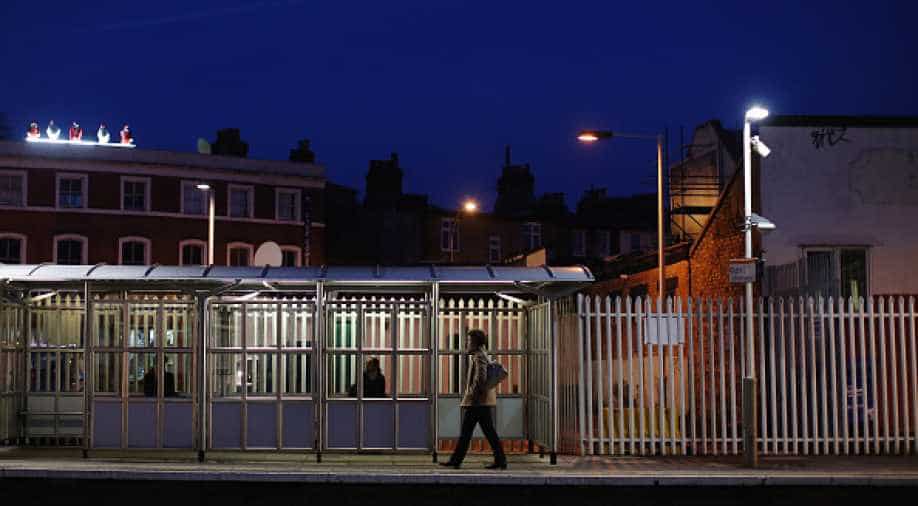 The attacker was a black man with short hair, according to an eyewitness. In photo: A passenger waits for a train at Forest Hill Station. Photograph:( Getty )

A man, believed to be in his late 30s or early 40s, stabbed a passenger on train and then chased people out saying he wanted to "kill a Muslim" in a south London railway station on Monday.

The victim was sitting next to his wife on a train when he was attacked. He has been shifted to the hospital.

Eyewitnesses told The Daily Mirror that the knifeman was shouting: "Who is a Muslim? I want to kill a Muslim."

The man was walking up and down the street outside the Forest Hill station for about 15 minutes.

"The looks on some peoples faces, they looked terrified and very scared," said one of the persons present at the spot.

The attacker was a "black man with short hair", The Independent quoted an eyewitness Shellby Curry as saying.

The man also threatened a woman wearing a hijab before stabbing another passenger, according to LBC News.

Police said they are investigating the matter, though they are not treating it as a terrorsim-related case, The Independent reported.

The man has been arrested on charges of GBH (grievous bodily harm).