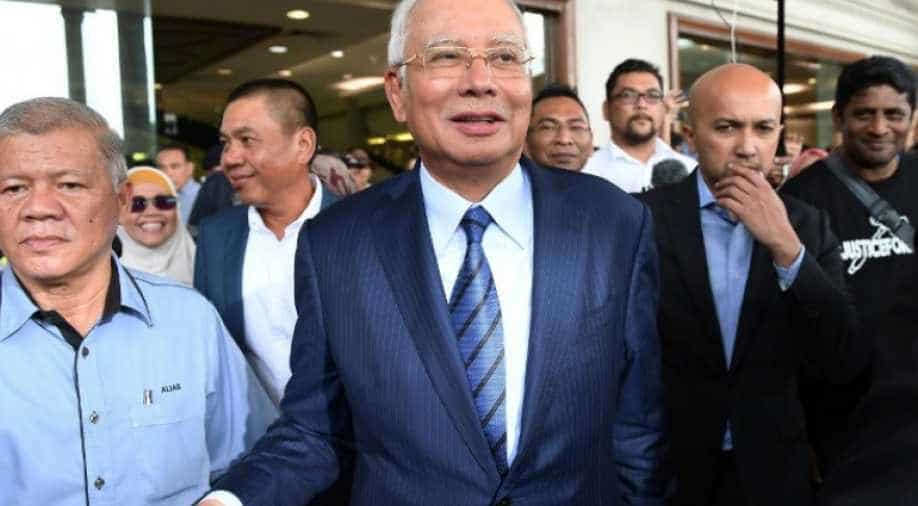 Azilah Hadri and another police officer, who were serving on Najib's security detail at the time of the murder, were sentenced to death in 2015 for killing 28-year-old Altantuya Shaariibuu

A Malaysian police officer on death row for the 2006 slaying of a Mongolian model has accused former prime minister Najib Razak of ordering him to kill the woman, according to media reports and the policeman's lawyer.

Azilah Hadri and another police officer, who were serving on Najib's security detail at the time of the murder, were sentenced to death in 2015 for killing 28-year-old Altantuya Shaariibuu.

Najib, who lost a general election last year and is also facing charges of corruption on a massive scale, has denied knowing the woman, but the question of who ordered the killing has never been answered.

Azilah, in a court filing seeking to set aside his conviction, said Najib had ordered him to "arrest and destroy" Shaariibuu, who the former premier had allegedly described as a foreign spy, news portal Malaysiakini reported on Monday.

"I asked (Najib) what he meant by arrest and destroy the foreign spy, he responded: "Shoot to kill", and indicating it with a 'slit the throat' gesture," Azilah said, according to Malaysiakini.

Najib denied the allegations and accused the Malaysian government of using Azilah to orchestrate a political attack against him.

"I have been told that this new tale will provide a way for the government to arrest and imprison me without bail, as no bail is allowed for murder cases," Najib said on his Facebook page.

Shaariibuu was shot dead and her body was blown up by military-grade explosives in a forest near Kuala Lumpur.

Civil society groups have alleged her murder was linked to her role as an interpreter for Abdul Razak Baginda, a former associate of Najib, in Malaysia's purchase of two submarines from French shipbuilding giant DCNS in 2002.

Abdul Razak, who said he had had an affair with Shaariibuu, was acquitted of abetting the murder in 2008.

Sangeet Kaur Deo, a lawyer for Shaaribuu's family, called for a fresh probe into her death in light of Azilah's latest allegations.

"The question was always who was behind it," she told reporters.

"That was a question that hopefully will be answered now with the right investigations."

Azilah's co-accused, Sirul Azhar Uma, fled to Australia shortly before his sentence was handed down.

Sirul said last year he would cooperate with any new investigation into the murder if he was given a full pardon.

'Devil is in the detail': EU says will check US-China deal

Quitter's day! Study reveals people are likely to give up on their New Year resolutions on January 19