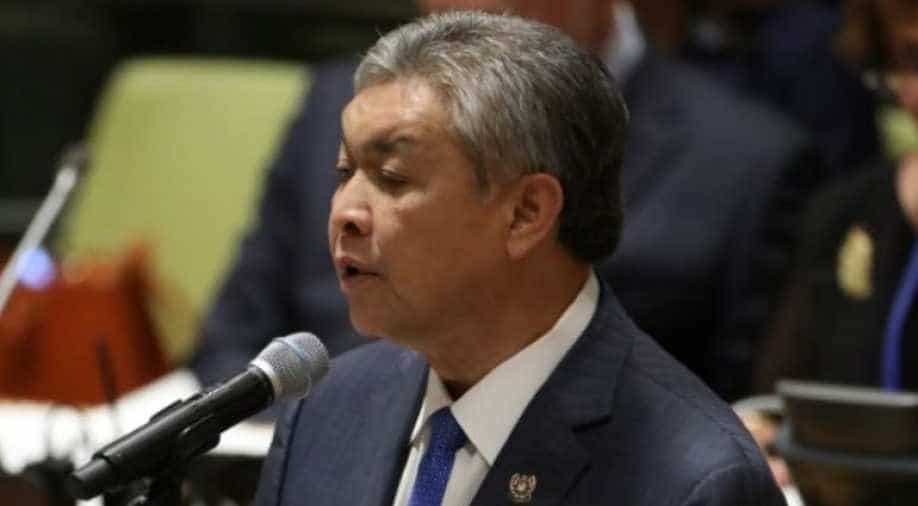 Malaysia's former ruling party picked a familiar face as its new leader on Saturday, as they grapple with a spectacular defeat in a May general election that pushed them from power after more than 60 years.

Ahmad Zahid is popular among grassroots members but his position as part of the old guard tainted by the 1MDB scandal may do little to rebuild trust with voters.

"The people have high hopes that UMNO will continue to fight for the interests of religion, race and the country," Ahmad Zahid said in a statement after he was declared the new party leader.

Ahmad Zahid, who was made acting party head after Najib quit the post last month, takes over at a time of intense scrutiny by the public and the authorities.

On Friday, the Malaysian Anti-Corruption Commission (MACC) froze several bank accounts linked to UMNO as part of their investigations into 1MDB.

Finance Minister Lim Guan Eng told Reuters in June that UMNO was not the only political party to have received 1MDB funds.

Several UMNO lawmakers have quit the party since the election, and it has been abandoned by most of its coalition partners.

US&nbspauthorities say more than $4.5 billion was misappropriated from 1MDB, and that nearly $700 million from the fund was diverted into Najib's personal bank accounts.

Najib, who has been barred from leaving the country and questioned by the MACC, denies wrongdoing and says the $700 million was a donation from the Saudi Arabian royal family.