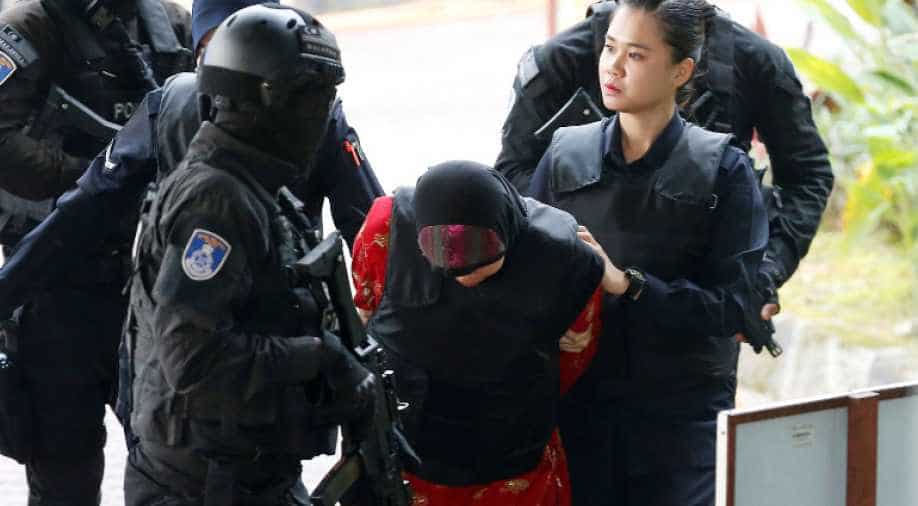 Indonesian Siti Aisyah, who is on trial for the killing of Kim Jong Nam, the estranged half-brother of North Korea's leader, is escorted as she arrives at the Shah Alam High Court on the outskirts of Kuala Lumpur, Malaysia. Photograph:( Reuters )

A Malaysian judge on Thursday ruled that a trial against two women charged with the murder of the estranged half-brother of North Korean leader Kim Jong Un would continue, and asked them to enter their defence.

Indonesian Siti Aisyah and Doan Thi Huong, a Vietnamese, face the death penalty on charges of murdering Kim Jong Nam by smearing his face with VX, a nerve agent banned by the United Nations, at a Kuala Lumpur airport on February 13 last year.

Judge Azmi Ariffin accepted the prosecution's case that the women, in common intention with four individuals still at large, had caused the death of Kim Jong Nam.

"I must, therefore, call upon them to enter their defence on their respective charges," he added.

The lawyers of the accused claim that that the two women are innocent as they thought that the liquid was harmless.

He also added that the women were told by a group of North Koreans into believing that they were participating in a prank television show.

While the prosecutors claim that the women were aware of what they were doing and practised the attack before by smearing liquid on strangers.

The Malaysian authorities said that the supposed TV producers were North Korean agents. Four of them have been charged in connection to Kim's murder.