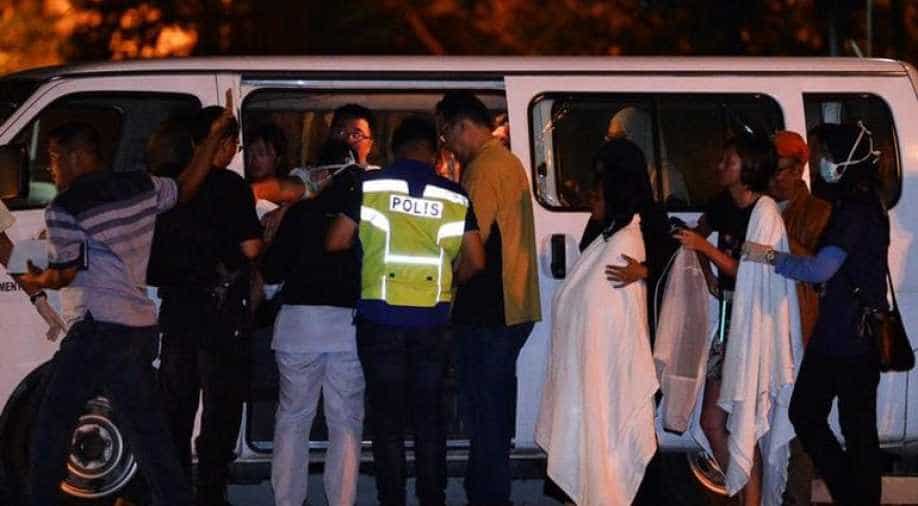 Three of the tourists were found dead on Sunday, while 22 people, including the boat's captain, were rescued. Photograph:( Reuters )

Malaysia expanded a search on Monday for five Chinese tourists and a Malaysian missing after a boat capsized off the coast of Borneo, killing three Chinese passengers and tossing others into stormy seas.

The catamaran carrying 28 Chinese tourists and three crew sank late on Saturday as it sailed from Kota Kinabalu, the capital of the eastern Malaysian state of Sabah, to the tourist spot of Mengalum, Malaysian maritime officials said.

The boat went down after being battered by heavy waves. The tourists were tied together and swept away by the current, the head of the Malaysian Maritime Enforcement Agency (MMEA) said.

Three of the tourists were found dead on Sunday, while 22 people, including the boat's captain, were rescued.

Military ships and aircraft were scouring an area of 1,500 nautical miles, more than three times larger than the search area on Sunday, the Malaysian Maritime Enforcement Agency (MMEA) said in a statement.

Chinese President Xi Jinping had offered assistance and neighbouring Brunei had sent a helicopter to help.

The rescued passengers and crew arrived in Kota Kinabalu early on Monday and were taken to hospital, the MMEA said.

Authorities were investigating whether the boat should have been used as a tourist vessel, the MMEA's director-general, Ahmad Puzi Ab Kahar, told reporters on Sunday.

"According to the skipper, the boat was 'broken' after being hit by strong waves, and sank. All the tourists were tied together and were carried away by the currents," he said late on Sunday.

The search had been hampered by strong wind and choppy waters, officials said.