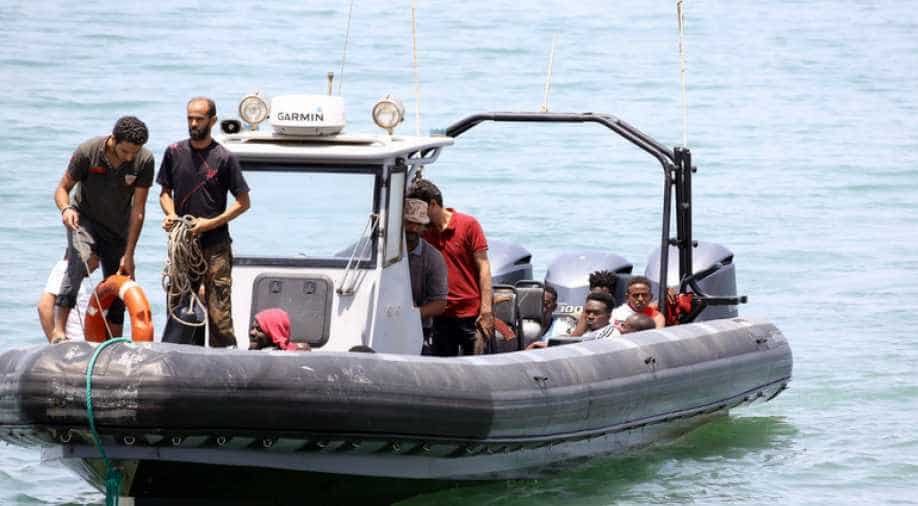 Migrant boat with 130 aboard capsizes off Libya Photograph:( AFP )

Sixty-three migrants are missing after the inflatable boat they were on sunk off the coast of Libya, a spokesman for the country's navy told AFP, citing eyewitness accounts from survivors.

General Ayoub Kacem said that 41 migrants wearing life jackets were rescued. According to the survivors, there were 104 people on board the vessel, which sank off Garaboulli, east of Tripoli.

In addition to the 41 people rescued, a Libyan coastguard boat returned to Tripoli Monday with another 235 migrants, including 54 infants and 29 women, rescued in two other operations in the same area.

The boat's return to shore was delayed 24 hours due to a breakdown, Kacem said.

Including the latest shipwreck, some 170 migrants have gone missing in the Mediterranean between Friday and Sunday.

On Friday, three babies died off the coast of Libya while 100 people remained missing in another Mediterranean shipwreck.

Just 16 were rescued, all young men, while the missing included two babies and three children under the age of 12.

Libya is a key transit point for thousands of African migrants trying to reach European shores.

Hundreds of migrants die every year crossing the Mediterranean in dangerous conditions trying to reach Italy, taking advantage of political instability in the north African country to depart from Libyan shores.