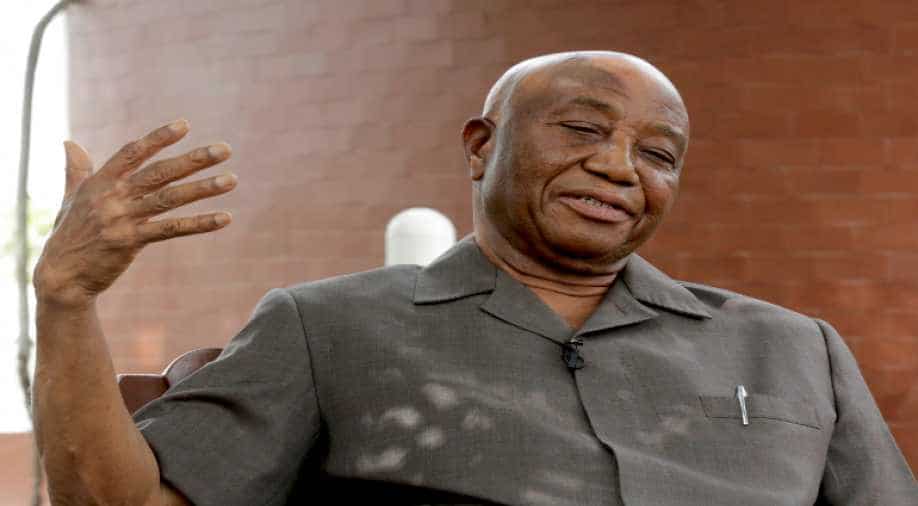 Boakai's concession avoids the kind of protracted legal challenge that followed the first round of the election and delayed the run-off by over a month. Weah will succeed Ellen Johnson Sirleaf as president next month.

"Even though I will not be the captain of the ship, it is my fervent desire that the ship of state always sails smoothly," Boakai, dressed all in black, told about 100 supporters at his party headquarters in the capital Monrovia.

"I called George Weah to congratulate him as winner in the presidential contest," he said, speaking softly to muted applause. "We must work to unite our people because Liberia is bigger than all of us."

Preliminary results announced on Thursday showed Weah won Tuesday's run-off with 61.5 percent of the vote, based on more than 98 percent of the ballots cast.

But the man who won international acclaim at AC Milan, Paris Saint Germain and other top European clubs faces stiff challenges at home after a campaign in which he provided few specific policy proposals.

Johnson Sirleaf's 12-year rule cemented peace after Liberia's 1989-2003 civil war and won her the 2011 Nobel Peace Prize but she has been criticised over high-level corruption scandals and persistent poverty.

Liberia ranks 177 out of 188 countries on the U.N. Human Development Index and nearly two-thirds of the population lives below the poverty line. Development was also hit by the Ebola outbreak from 2014-16 and a drop in the price of iron ore.

A falling out with Boakai's supporters, which saw Johnson Sirleaf's own Unity Party accuse her of interfering in the first round of the election -- charges she denied -- has also left lingering bad feelings.

"Ellen corrupted this country," said Victor Smith, an IT consultant and Boakai supporter, after the concession speech. "It is a bad thing that Weah was elected. He lacks the experience. He never gave a platform. He doesn't have the skills to be a leader."

On Thursday, Johnson Sirleaf announced plans to form a joint presidential transition team with the president-elect. It will coordinate the democratic transfer of power, Liberia's first since 1944, and ensure Weah is provided with regular national security briefings.