Maduro an illegitimate ruler, a tyrant who brutalizes his people: Trump in State of the Union address 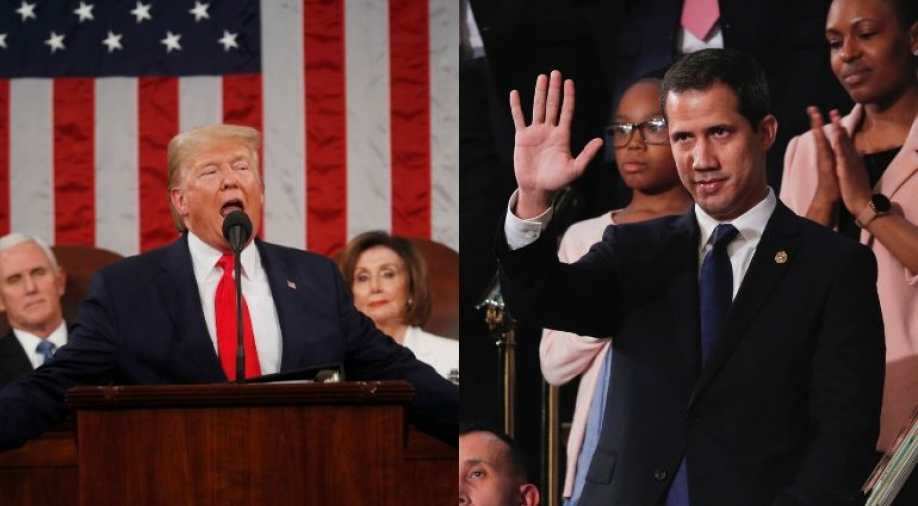 Since my election, we have created seven million new jobs, the US president said at the State of the Union address

In his third State of the Union address, US President Donald Trump said the country is thriving with the years of economic stagnation being over.

The speech which took place in the shadow of Trump's impeachment, the US president avoided the topic but exchanged cold vibes with House Speaker Nancy Pelosi. Trump declined to shake her outstretched hand as he gave her a copy of his speech ahead of the address.

As Trump finished his State of the Union address, Speaker of the US House of Representatives Nancy Pelosi appeared to rip a copy of president's speech.

"Our borders are secure, our values are renewed and pride restored," Trump said during the address.

"Since my election, we have created seven million new jobs," he told the US house.

"Three years ago, we launched the great American comeback. Tonight, I stand before you to share the incredible results," he said.

The US president renewed his vow to withdraw US troops from Afghanistan. In the speech which lasted for an hour and eighteen minutes, Trump said: "Socialism destroys nations. But always remember, freedom unifies the soul."

"We have shattered the mentality of American decline and we have rejected the downsizing of America's destiny," adding, "unlike so many who came before me, I keep my promises," Trump asserted.

"Days ago we signed the deal with China which will protect our intellectual property rights," the president said on the US-China trade deal.

"For decades China had taken advantage of the US but we changed that but we still have a great relationship with China."

With Venezuela's Juan Guaido sitting in the gallery, Trump vowed Maduro's "tyranny" in Venezuela will be "smashed and broken".

"Maduro is an illegitimate ruler, a tyrant who brutalizes his people. But Maduro's grip of tyranny will be smashed and broken," Trump said.

"We will never let socialism destroy American healthcare!" Trump said while taking a dig at Democrats.

For second year in a row several House Democratic women wore white as a sign of the suffragist movement which ensured voting for women hundred years ago.

"Will end the AIDS epidemic in America by the end of this decade," the US president vowed. 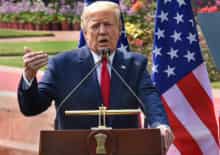