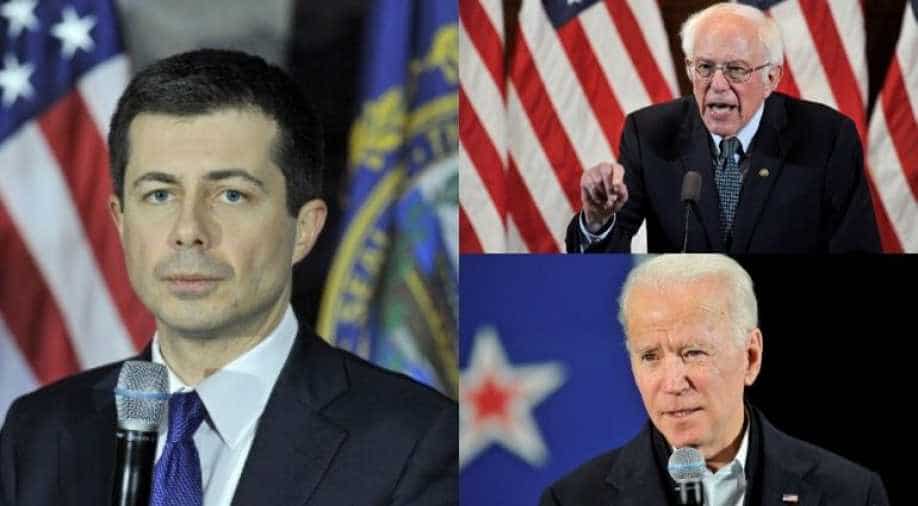 Buttigieg is also the first openly gay candidate to run for president.  Two years ago his same-sex marriage to Chasten Glezman, a teacher, was widely covered in the US media.

Pete Buttigieg an Afghanistan war veteran has become the surprise frontrunner in the Iowa caucus which is the first step towards Democratic race to challenge President Donald Trump for the November 3 elections.

Buttigieg, 38, called the Iowa results "astonishing victory for our movement" which had shades of Obama in 2008 when the former US president burst into the scene almost out of nowhere to challenge Hillary Clinton in his own party and later John McCain of the Republican Party to win the presidency.

The fact that he was pitted against Democratic big guns in a crowded field and came out on top has set tongues wagging nationwide.

Tonight’s results not only represent an astonishing victory for our movement, they validate the message of belonging that brought us here. If you believe that a new and better vision can bring about a better day, join us: https://t.co/LWHhgdDDU4 pic.twitter.com/XHrhNQvrZL

Buttigieg who was deployed in Afghanistan in 2014 is a Harvard and Oxford graduate and a Rhodes scholar. His surprise turnaround at Iowa has largely been attributed to his "people connect" after he led a mass campaign to seek votes from the residents in town hall meetings and other public forums. He was not even performing well in fundraising nationally but was still able to silence his critics in style.

You’re not just supporting a movement. You’re supporting a future worth leaving to the next generation. Link in bio.

Pete was born in South Bend, Indiana where he was also elected the Mayor in 2011. He became the second-youngest mayor in South Bend's history aged just 29.

Thank you to everyone who joined me for town halls yesterday in Boone, Iowa Falls, Vinton, and North Liberty. The energy and enthusiasm on the ground in Iowa is electric—let’s keep the momentum going. If you’re with me, please chip in. Link in bio.

Buttigieg, like Obama, has also written a book "Shortest Way Home" on his mayoral challenge and his dreams for America, a bit like The Audacity of Hope when Obama was just an unheralded Illinois Senator.

Iowans, tomorrow you get to decide. If you’re ready for something different, something better, join me, caucus for me, and chip in to help us win in November. Link in bio.

Buttigieg is also the first openly gay candidate to run for president.  Two years ago his same-sex marriage to Chasten Glezman, a teacher, was widely covered in the US media.

In his poll pitch before Iowa, Buttigieg famously said the party needs to make sure that 2020 looks nothing like 2016, taking a dig at Trump while emphasizing that the country "must move forward".

"We have got to energize and galvanize, not polarize that American majority," he said referring to Trump who is accused by his critics for leading a divisive campaign.  As the results poured in, the former South Bend mayor triumphantly told Iowa residents “Iowa, you have shocked the nation."

The person who was a virtual nobody and had no claim for the Democratic top slot came from virtual oblivion to grab centrestage in US national politics.