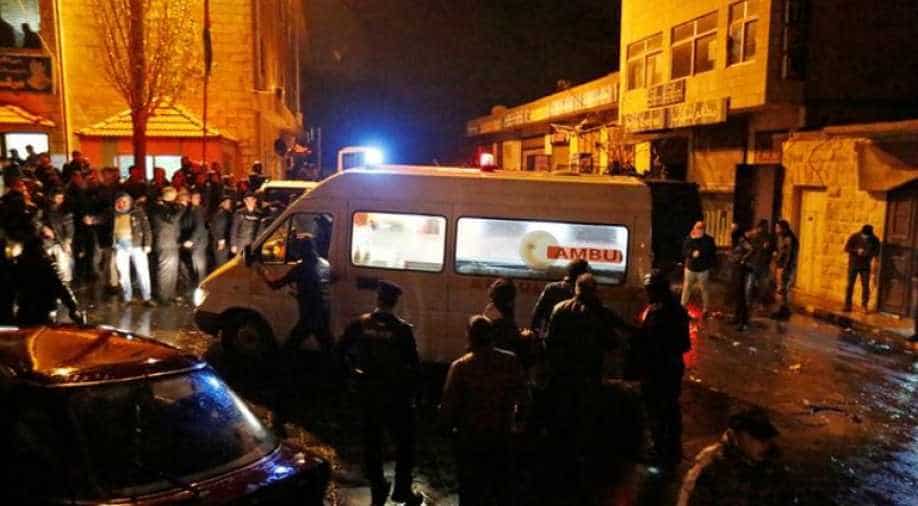 The gunmen are still holed up inside the castle and their identity has not been ascertained so far. Photograph:( Reuters )

Jordanian security forces stormed a medieval castle in Karak city to free tourists after gunmen took shelter following an exchange of fire with the police.

At least nine people, including a Canadian woman, three civilians and five policemen were killed and some 29 injured during the shootout with security forces, Reuters reported.

The police had earlier freed 10 people, some of them tourists but people are still held captive in the Karak castle, a Crusader-era citadel popular with tourists.

A former minister from Karak, Sameeh Maaytah told al-Hadath news agency "the operation is continuing, it has not ended and the criminals are still inside the castle ... This was a group that was plotting certain operations inside Jordan".

Prime Minister Hani al Mulki told the parliament "special forces and policemen are surrounding 10 gunmen holed up inside the Karak citadel" and that several people had been killed.

The attack took place when police went to check on a house fire in Karak, AFP quoted the general security department as saying.

"As soon as they reached the area, unknown gunmen who were inside the house opened fire on the patrol, wounding a policeman, and then fled by car," the department said in a statement.

"Shortly afterwards, gunmen opened fire on another patrol without causing any casualties," it added.

At the same time, assailents in the castle started firing at the police station from a tower, "wounding several policemen and passers-by."

The identity of the gunmen has not be ascertained so far.