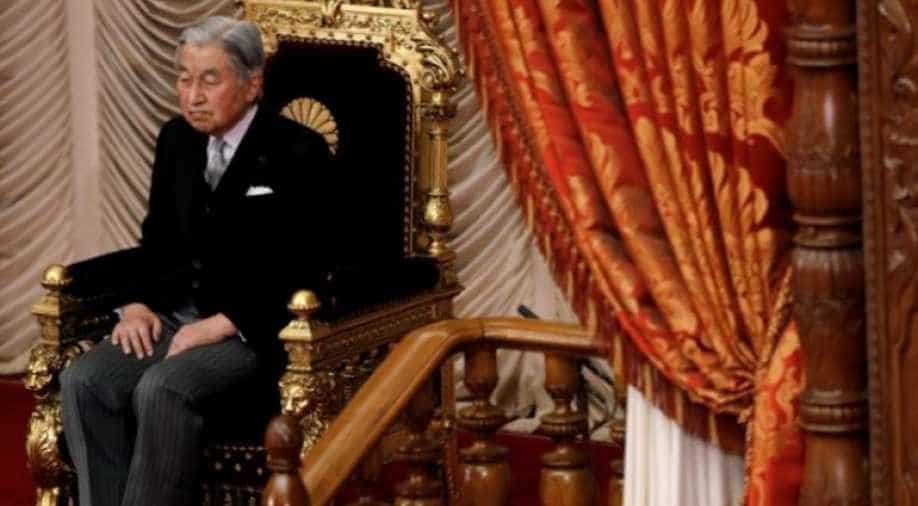 Japanese Emperor Akihito cancelled his public duties after suffering dizziness and nausea due to cerebral anaemia, a condition caused by insufficient blood flow to the brain, a palace official said on Monday.

Akihito, 84, who has spent much of his nearly three decades on the throne seeking to heal the wounds of war, is set to step down on April 30 next year in the first abdication by a Japanese emperor in nearly two centuries.

The Imperial Household Agency, which manages the imperial family's affairs, said the emperor was diagnosed with cerebral anaemia after complaining of nausea and dizziness.

The emperor will be monitored while he rests at the Imperial Palace in Tokyo, the agency said.

Kyodo news agency said Akihito's wife, Empress Michiko, will still meet Princess Ayako, daughter of Akihito's late cousin, Prince Takamado, who was set to call on the imperial couple on Monday following the announcement of her engagement to a 32-year-old commoner.

Akihito, who has had heart surgery and treatment for prostate cancer, said in 2016 that he feared age might make it hard for him to fulfil his duties.

Once considered divine, Japan's emperor is now defined by the constitution as "a symbol of the state and the unity of the people," but has no political power.

Akihito and Michiko have spent much of their time trying to address the legacy of World War Two, which was fought in the name of his father Hirohito, and consoling victims of disasters or other woes. He is widely respected by average Japanese.

His heir is the 58-year-old Crown Prince Naruhito.