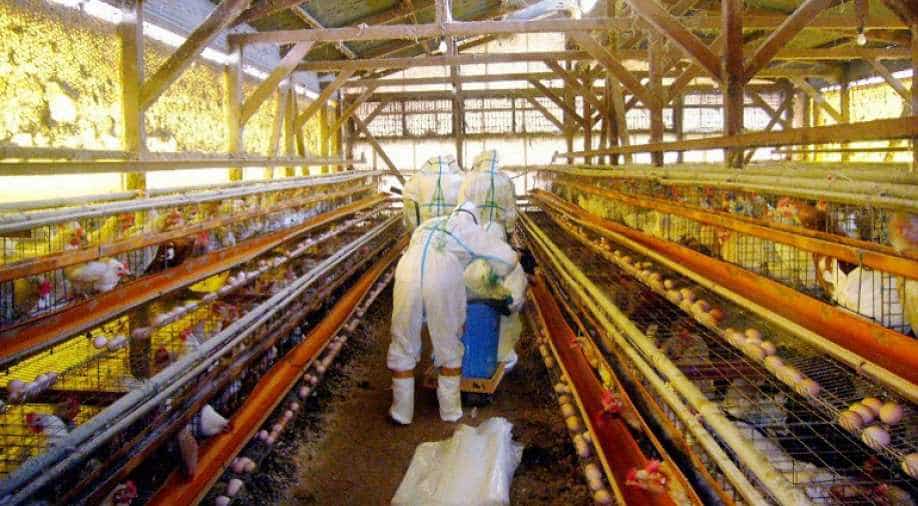 Just weeks earlier, outbreaks led to a cull of 550,000 chickens in the central city of Niigata and 23,000 ducks in the Aomori prefecture south of Hokkaido. Photograph:( AFP )

Japan has begun slaughtering about 210,000 farm birds in northern Hokkaido to contain another outbreak of a highly contagious strain of avian flu, an official said Sunday.

It is the fifth mass cull this winter in Japan with hundreds of officials working to prevent the spread of the virulent H5 strain, which has been detected at several farms across the country.

Just weeks earlier, outbreaks led to a cull of 550,000 chickens in the central city of Niigata and 23,000 ducks in the Aomori prefecture south of Hokkaido.

Authorities have also banned the transport of poultry and poultry products in areas close to the affected farms, while sterilising main roads leading to them.

But progress has been slow this time with just 32,310 chickens at the farm in Shimzu town in northern Hokkaido culled by Saturday evening, local officials said in a statement.

"We continue to cull the chickens today but the work is difficult as the air temperature falls to some -20 degree Celsius (-4 Fahrenheit) at night" in addition to fallen snow that is another obstacle, an official told AFP.

Before the current outbreaks, Japan's last confirmed case of avian flu at a farm was in January 2015.