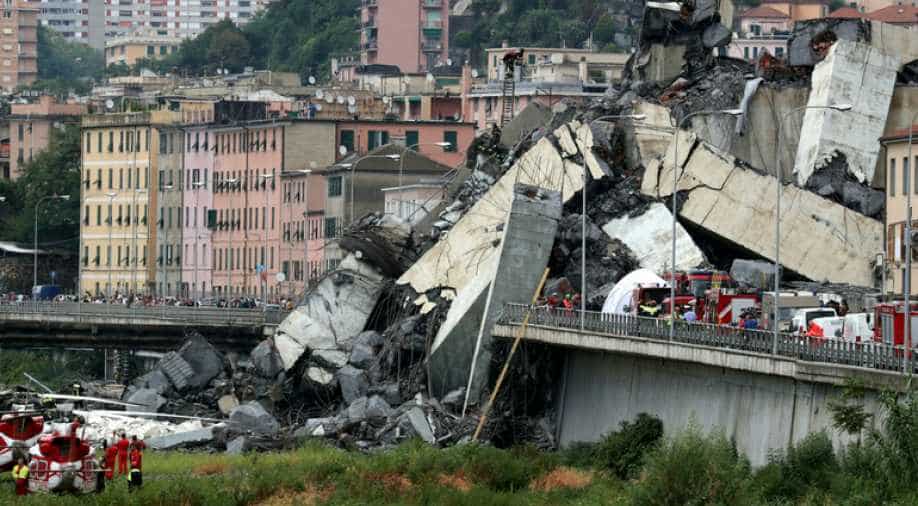 The number people of killed during the collapse of a bridge in the Italian port city of Genoa has risen to 38, Interior Minister Matteo Salvini said Wednesday.

"We're currently at 38 confirmed deaths and some people missing," Salvini, who is also co-deputy prime minister, told reporters on the sidelines of an event in the southern region of Calabria.

Salvini is due to arrive in Genoa, on Italy's north-western coast, in the afternoon.