Iran says its economy not at 'dead end' from US sanctions 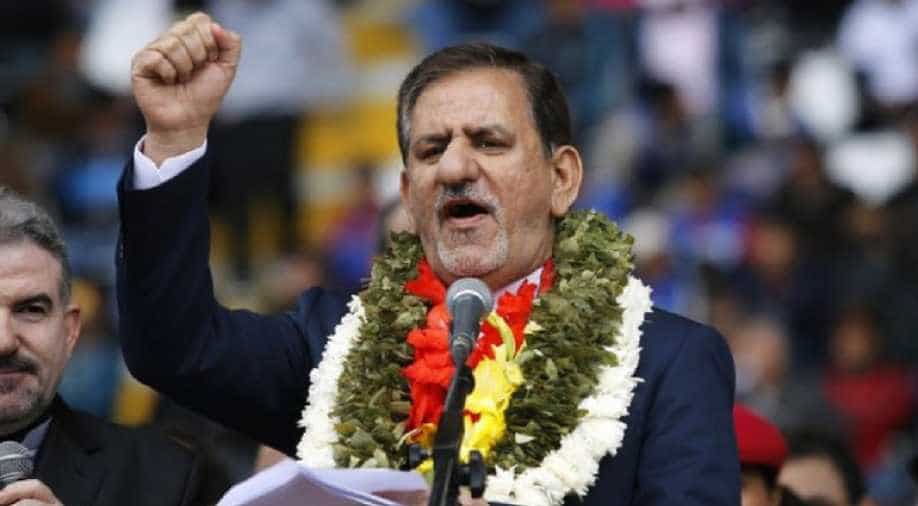 Iran said on Saturday it would resist the pressures of US sanctions by relying on its natural and human resources, as Washington pushes allies to cut economic ties with Tehran.

"It is a critical moment for our economy, but we are not in a dead end," Vice President Eshagh Jahangiri was quoted as saying by the state news agency IRNA.

"This country has plenty of human and natural resources that can rely on."

"The size of our oil and gas resources is number one in the world. In minerals and metals we are among the top 10 countries,” Jahangiri said.

Washington has withdrawn from a deal that had lifted sanctions on Tehran in return for curbs on its nuclear programme.

Sanctions imposed in August target Iran’s trade in gold and other precious metals, its purchases of US dollars and its car industry.

US President Donald Trump has said a new round of sanctions will be imposed in November, targeting Iranian oil sales.

Khamenei has admitted he made a mistake in allowing the country's foreign minister to speak to his US counterpart during negotiations that led to a 2015 international nuclear agreement.

International sanctions on Iran were lifted when the pact with world powers came into force in 2016, but the expected level of foreign investment to help revive the economy has never materialised. Then this May President Donald Trump pulled out of the agreement and is now reimposing US sanctions in stages.