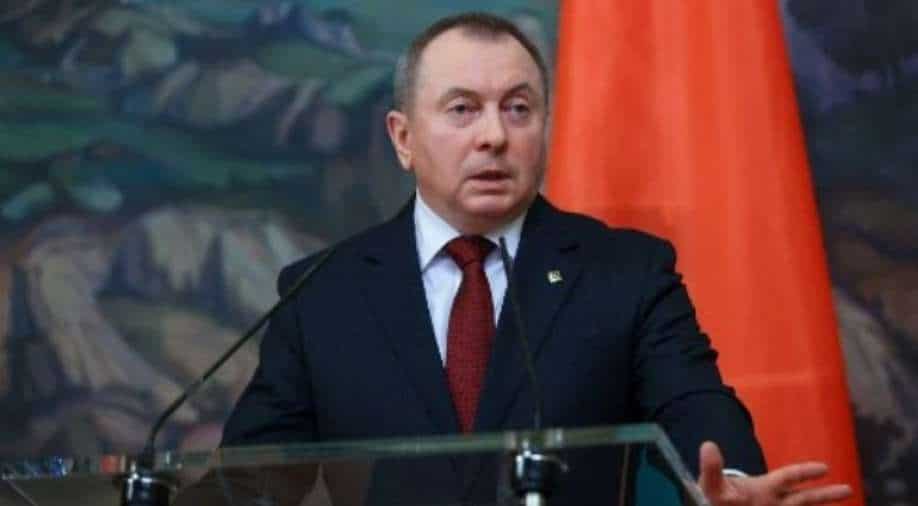 On being asked about the diplomatic relation between India and Belarus, Makei said, "We consider India as a very important partner for Belarus in this region. We would like to raise the level of cooperation to a strategic partnership."

Makei also mentioned his recent meeting with India's External Affairs Minister (EAM) Dr S Jaishankar on the sidelines of the Shanghai Cooperation Organisation (SCO) Summit in Dushanbe, Tajikistan, where he commended the economic cooperation between the two countries.

During his conversation with WION, Makei told that both the ministers had agreed to "proceed further" and also agreed to "develop political dialogue".

Addressing the ongoing COVID-19 situation, he said that the pandemic influences the "dynamic of contacts" between the countries but we agreed to work on the exchange of visits at the highest level when the situation allows doing that.

Makei said that an agreement on strengthening ties between the ministries of foreign affairs to organise consultation on different issues between our ministers.

"We, Belarus, decided to expand our diplomatic presence in India. We are going to open Consulate General in Mumbai, which is an important and finance centre in India."

"We of course need to be on spot in order to have direct dialogue with the relevant partners, Indian partners in this region."

While talking about trade, Makei said, "It is important to hold the next meeting of the Joint Economic Commission to discuss new projects which could be mutually beneficial and which could raise the turnover between our countries and which could deepen and could strengthen the cooperation between Belarus and India in all fields. We are ready to do that."

On being asked about connectivity, Makei said, "All the projects which being implemented in Belarus and India, will contribute to the connectivity between the states."

"We know the principled position of India on a number of international issues and I must say that we fully support India in the international organisations, because our position, our approach coincides with India's approach," he added.

"This is a very important principle and we should focus on the implementation of the number of projects to increase the connectivity between the different countries and this is what we need to strengthen the international order in the world," he concluded.