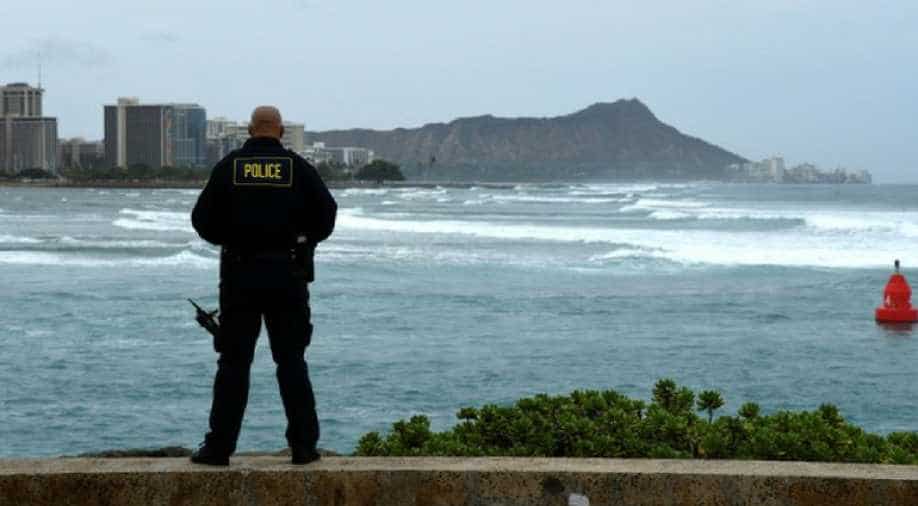 Hurricane Lane crept closer toward the heart of the Hawaiian islands on Friday as it weakened into a Category 1 storm while still drenching the Big Island with torrential rains and severe, widespread flooding, weather and civil defence officials said.

The storm, with sustained winds reaching 85 miles per hour (140 km), was forecast to make its nearest approach to land just west of the island chain over the weekend, bringing hurricane conditions to Maui and the US state's most populous island, Oahu, starting Friday night.

Farther north, a tropical storm watch was posted for the island of Kauai.

"If you're in Hawaii, it's critical that you heed the warnings of local officials and stay aware of your surroundings," Federal Emergency Management Agency (FEMA) chief Brock Long wrote on Twitter.

But by midday forecasts made clear that Hawaii had been spared from the threat of its first direct hit by a major hurricane in a quarter-century.

Lane was downgraded on Friday to a Category 2, then to a Category 1, the lowest ranking on the five-step Saffir-Simpson scale, as it churned through the Pacific about 120 miles (190 km) south of Oahu, the National Weather Service said.

The storm was expected to continue tracking slowly northward and weaken over the next 12 hours before trade winds begin pushing it sharply off to the west and away from land on Saturday, Weather Service forecaster Leigh Anne Eaton told a news conference in Honolulu.

Still, the storm posed a considerable weather hazard to some of the state, with the Big Island bearing the brunt of torrential rains from Lane.

By Friday morning, more than 2 feet (60 cm) of rain had fallen in a 36-hour period on the Big Island's windward side, where the National Weather Service reported "catastrophic flooding" and wind gusts peaking at 67 mph (108 kph).

Eaton said some parts of the island had received nearly 3 feet of rain.

A number of structures on the island of Hawaii, popularly known as the Big Island, were destroyed and some residents were reported to be fleeing their homes, said Melissa Dye, a Weather Service spokeswoman in Honolulu.

No injuries or deaths have been reported.