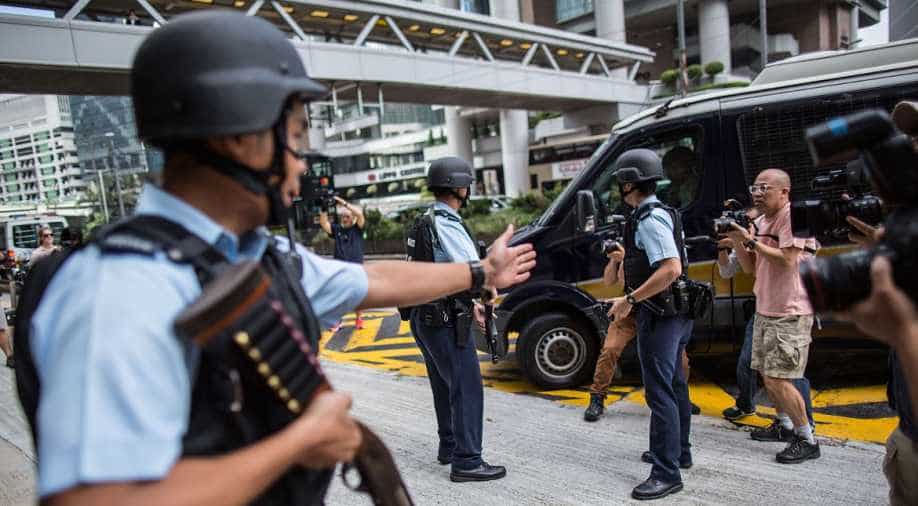 One of the women's mutilated body was found in a suitcase on the balcony, while Mujiasih's was found inside the apartment with wounds to her neck and buttocks. Photograph:( Getty )

A Hong Kong judge ordered the jury in British banker Rurik Jutting's double murder trial not to allow its verdict to be influenced by emotions over the "dreadful acts" he has confessed to, but to "intellectually" weigh the evidence.

Jutting has pleaded not guilty to murdering two Indonesian women in his Hong Kong apartment in 2014 on grounds of "diminished responsibility" due to alcohol and drug abuse and sexual disorders. He has pleaded guilty to manslaughter.

The jury of four women and five men is due to decide its verdict on Tuesday. Murder carries a mandatory life sentence, while the lesser charge of manslaughter carries a maximum of life though a shorter sentence can be set.

Jutting, a former vice president and head of Structured Equity Finance and Trading (Asia) at Bank of America Corp, is charged with murdering Sumarti Ningsih, 23, and Seneng Mujiasih, 26, in his luxury high-rise apartment.

The trial, in its third week, has attracted global attention due the 31-year-old Cambridge graduate's profile and the brutal nature of the killings in a city where serious crime is minimal.

The jury has viewed graphic video taken by Jutting on his iPhone of him torturing Ningsih before he cut her throat. Her mutilated body was found in a suitcase on the balcony, while Mujiasih's was found inside the apartment with wounds to her neck and buttocks.

Deputy High Court Judge Michael Stuart-Moore told the jury to consider whether Jutting was of "abnormal mind" at the time of the killings which diminished his responsibility.

The jury should approach its verdict "intellectually", rather than be "coloured by passion or disgust that you feel at the dreadful acts which the defendant has admitted he carried out", said Stuart-Moore.

The defence has argued that Jutting suffers from cocaine and alcohol abuse and personality disorders of sexual sadism and narcissism which impaired his ability to control his behaviour.

The prosecution have rejected this, stating Jutting was able to form judgments and exercise self control before and after the killings, filming Ningsih's torture and shooting hours of footage where he discussed the killings, bingeing on cocaine and his graphic sexual fantasies.

The defence has said Jutting was under huge stress from his banking job, prompting him to binge on cocaine and alcohol and culminating in the killings a year after he moved to Hong Kong.

Stuart-Moore, speaking in a packed courtroom stacked with international media, law students and members of the public, said the fact that Jutting "has an appalling private life is neither here nor there".

He said the defence needed to prove whether it was more likely than not that Jutting's mental responsibility for his actions were "substantially impaired", taking into consideration factors including whether his "perception, understanding, judgement and self control" was abnormal and whether there was an "inherent cause or induced by disease or injury".

Jutting, who has attended the trial every day, watched the judge carefully, occasionally coughing and sipping a large glass of warm liquid. He has held a blank expression for most of the trial, occasionally gesturing to speak with his lawyers.