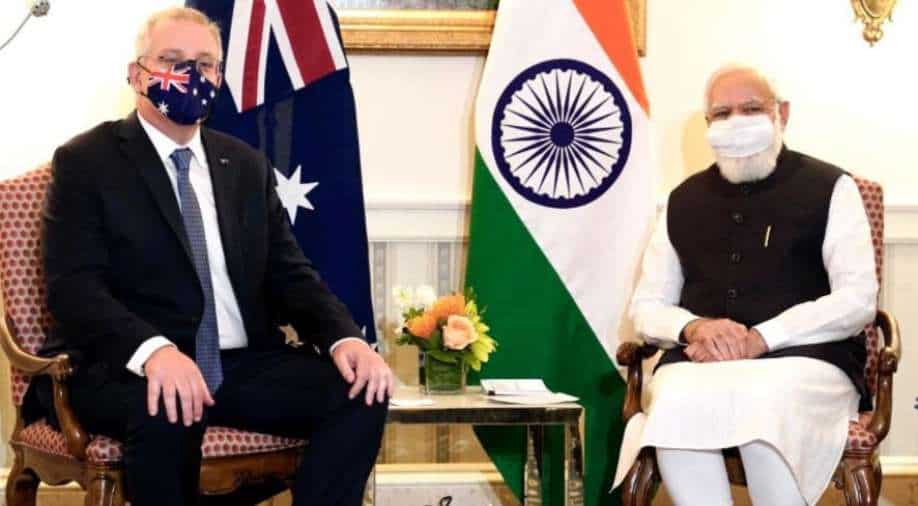 "Great to meet with my good friend and a great friend of Australia, Indian PM Narendra Modi," Australia's prime minister said in a tweet after the meeting.

Great to meet with my good friend and a great friend of Australia, Indian PM @narendramodi, during my visit to the US. A wide-ranging and productive discussion ahead of the first in-person Quad meeting as we look to further deepen the partnership between our two countries. https://t.co/XZutkNw3t7

PM Morrison had earlier spoken to India's prime minister over the phone earlier while reviewing the strategic relations between the two countries.

Foreign Secretary Harsh Vardhan Shringla informed that during the meeting the two leaders spoke on several areas of regional and global importance.

PM Morrison also mentioned AUKUS during his meeting with PM Modi. The issue has escalated tensions between Australia and France after Macron's government expressed its deep displeasure over the cancellation of the submarine deal with Australia.

Shringla explained that PM Morrison told PM Modi about the "rationale" behind the AUKUS alliance.