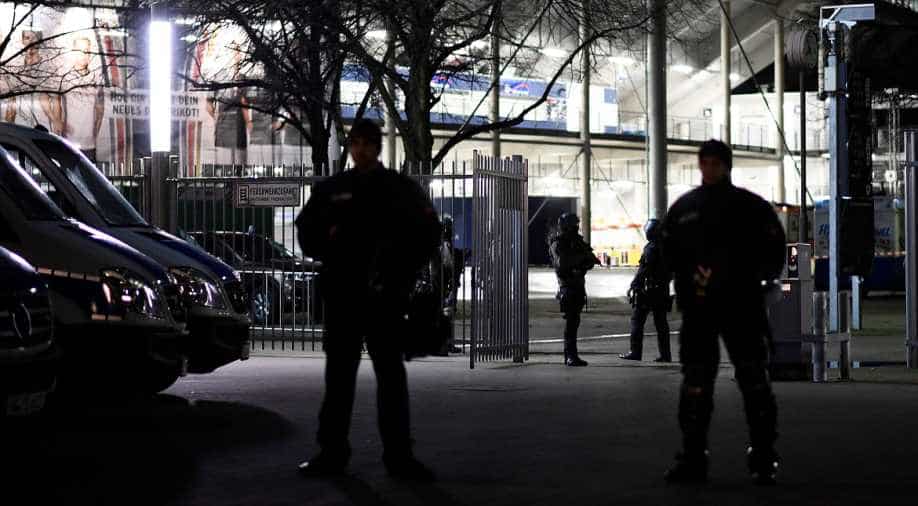 "He is accused of making Islamist remarks online under a false name, and offering internal information during chats," a BfV spokeswoman said. (Representative image) Photograph:( Getty )

A German security agent was held  on suspicions of plotting an Islamist attack on his agency's headquarters, news agency AFP reported on Wednesday.

"He is accused of making Islamist remarks online under a false name, and offering internal information during chats," a BfV spokeswoman told AFP.

The 51-year-old German was suspected to have been planning a bombing at the Office for the Protection of the Constitution (BfV) in the western city of Cologne, according to weekly Der Spiegel and daily Die Welt, AFP reported. The BfV is Germany's domestic security agency.

The spokewoman said an arrest warrant had been issued in his name but did not confirm reportes of a planned attack. There was no "evidence of a real danger to the office or its workers," she said.

The suspect had a family and reportedly worked at a bank.

He has since April been engaged in gathering intelligence on the Islamist scene in Germany, Der Spiegel said.

The paper said the suspect had partially admitted to the allegations by making references to bomb attacks carried out "in the name of Allah."

He had used aliases online and divulged information about the agency in chat rooms, reports said.